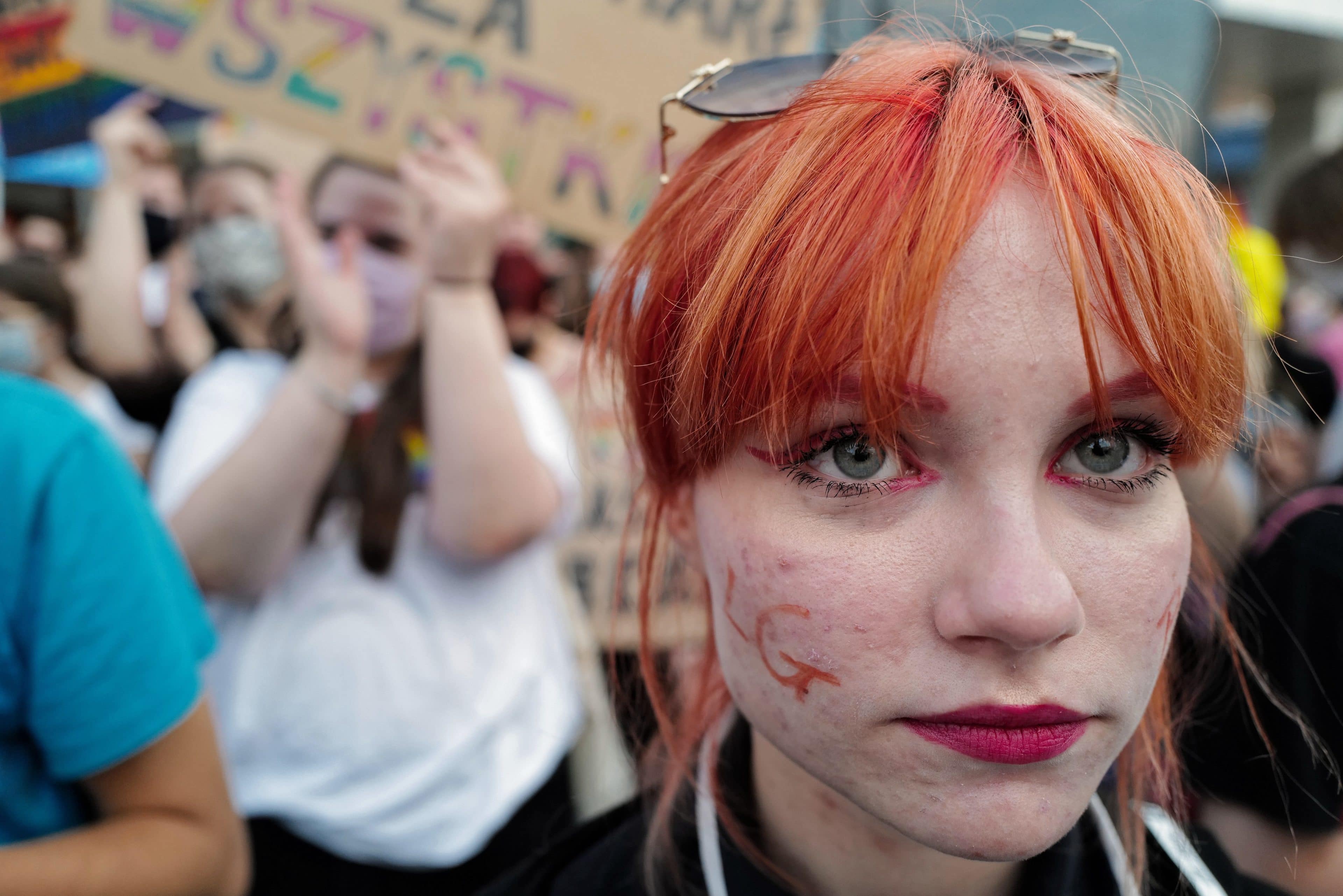 The dashcam faces down a side road where a man is recording the scene too, confronted by a pair vying to snatch his phone away. After several failed attempts, a third assailant appears who punches him in the head and wrestles him to the ground.

The taped scene took place on June 27 in downtown Warsaw and has since gone viral as the latest flare-up in Poland’s infamous culture wars between LGTB advocates and the country’s socially conservative core. If you’ve been fed nothing else since President Andrzej Duda’s re-election on July 13, you may presume the brutal assault to be sadly habitual in what the international media portrays as a frightening escalation of homophobic hate, egged on by Duda’s governing Law and Justice party. 100 Polish towns making up the surface of Hungary have decreed to be “free of LGTB ideology”, with six of them loosing EU funds over it.

President Duda won against Warsaw’s liberal mayor on a platform to preserve Poland’s Christian, pro-family values. Pride marches in the country’s conservative east have faced hurdles in the past from mayors seeking to ban them, and from hordes of hateful bigots harassing marchers.

Poland remains on the spotlight of global NGOs for the allegedly smothered state of civic freedoms, but don’t expect this videotaped evidence of actual speech suppression through violence to cause quite the same stir. It gets worse in the full cut. The van had been previously assaulted by cyclists, and the molesters in the video were part of a larger crowd of militants that descended from the building they were squatting to halt its passage, bashing its side-view mirrors, spray-painting it generously and even ripping off the license plate in the process.

Reforming K-12 sexual education is all good and well until it becomes a front for actual homophobia, you may object. By labeling its campaign #StopPedophilia, defining “LGTB ideology” as a secret agenda to inculcate depravity in schools and even using a crossed-out rainbow as its logo, the pro-life group Fundacja Pro certainly didn’t help its own cause. Still, rationalizing such wanton acts of violence against peaceful campaigners takes a special measure of whataboutism. And yet that’s exactly what the European Union’s Commissioner for Human Rights, among other foreign voices, seemed to do when she called for the main suspect’s immediate release even after he had ceased being one.

The day after his court sentence came down for physical attacks and property damage, Dunja Mijatović urged that “detaining her sends a chilling message for freedom of speech”, which made her notion of speech freedom seem a curious one. Given the bloc’s self-righteous denunciation of executive meddling in Poland’s judiciary, her tweet has at least the merit of being ironically meddlesome, if totally worthless.

The world’s coverage of the attack—or lack thereof—fits into a larger pattern of skewed optics, whereby large media outlets, international NGOs and EU officials peddle fears of a homophobic zeitgeist in Poland when a closer look reveals far murkier conundrums at the heart of Polish society over K-12 sexual education and other Western-liberal shibboleths. Sure, hate and violence do simmer at the fringes, and this includes both actual bigots—such as the horde of them gathered to impede a pride march in Bialystok in July last year, dispersed by the police with stun grenades—and those replicating their violence on the other side. The media will largely magnify the first and ignore the second, at the expense of the nuanced understanding that readers deserve and what cultural undercurrents actually divide the bulk of Polish society.

The attacker in question is male-born Malgorzata Szutowicz, although you’ll everywhere read about her as Margot — the president of a progressive radio station was recently forced to resign amidst the onslaught he attracted from his staff for failing to call her a female pronoun. On Friday—over two months since the videotaped attack took place — Margot turned herself into a police station amidst a day of protests against his detention that resulted in 48 others arrested for either obstructing the police from carrying out the court order, or otherwise insulting officers, physically attacking them and even jumping on the hood and roof of police cars.

Margot faces up to seven years in prison, although the indictment for roughing up the Fundacja Pro staffers would only amount to two months of her overall sentence.

Along with several unidentified members of Stop Bzdurom — the “radical, feminist queer collective” she founded to engage in “confrontational, uncompromised and inventive direct action” — Margot is also accused of desecrating several public monuments across Warsaw.

Among the statues they spray-painted pink and hung rainbow flags on is the Christ opposite the Holy Cross Church on the historic Krakowskie Przedmiescie, among the few that survived retaliation for the heroic anti-Nazi resistance’s uprising in the summer of 1944. The prosecutor’s investigation of these acts is also looking at Stop Bzdurom’s printing and distribution of leaflets featuring saintly figures with rainbow halos.

Both of these acts violate article 146 of the Polish Penal Code that sanctions offences against religious sentiment, but the defendants’ alibi for the latter is quite special—negative reactions to said images, Stop Bzdurom would have you believe, are unmistakably symptomatic of repressed homosexuality.

Again, the media expectedly papers over these acts of violence, no matter how discrete and limited they are to Warsaw, by instead choosing to portray Poland as some retrograde backwater where a vulnerable minority is systematically harassed for its sexual orientation.

Yet, absent the occasional spurt of actual homophobia, LGTB rights are far less at stake in Polish public discourse than the media would have you believe. What the country is instead grappling with is the fashioning of educational curricula that duly sensitizes children around the primacy of consent and the scourge of sexual harassment, while respecting the sensibilities of Polish parents who demand that their children’s innocence be preserved.

For better or worse, the inclusion of highly sexualized content in these curricula is what a sizable share of Polish society means by “LGTB ideology”, no matter how ill-chosen the term is or how seductive it is for actual homophobes. The conservative legal group Ordo Iuris has recently urged municipalities to shun the phrase and adopt instead a “Charter of Family Rights” invoking educational freedoms for parents.

The settlement reached on this same matter by most Western liberal democracies differs substantively, but Poland is owed its own chance to hash things out in turn and within the bounds of public discourse. Therefore, much like when police have met violent bigots with the full force of the law, one has to excuse the country’s government and prosecutors for enforcing these limits against those who wish to make a case by vandalizing public monuments, roughing people up and offending the mores of those whom they are meant to persuade. Prime Minister Mateusz Morawiecki said it best in a tweet the day the Christ statue woke up vandalized—“you cannot justify an aggression under the guise of supposed equality”.

For reasons that involve the media’s skewed portrayal of Polish events, somewhere, someone reading this piece will still engage in rhetorical acrobatics to somehow portray it as hateful towards homosexuals. But then again, some people aren’t worth having a debate with—including those who resort to violence.

Tracking Climate Extremes Around The World In 2019 | NBC News...

Biden’s plan to rejoin Paris Climate Accord to boost EU and...