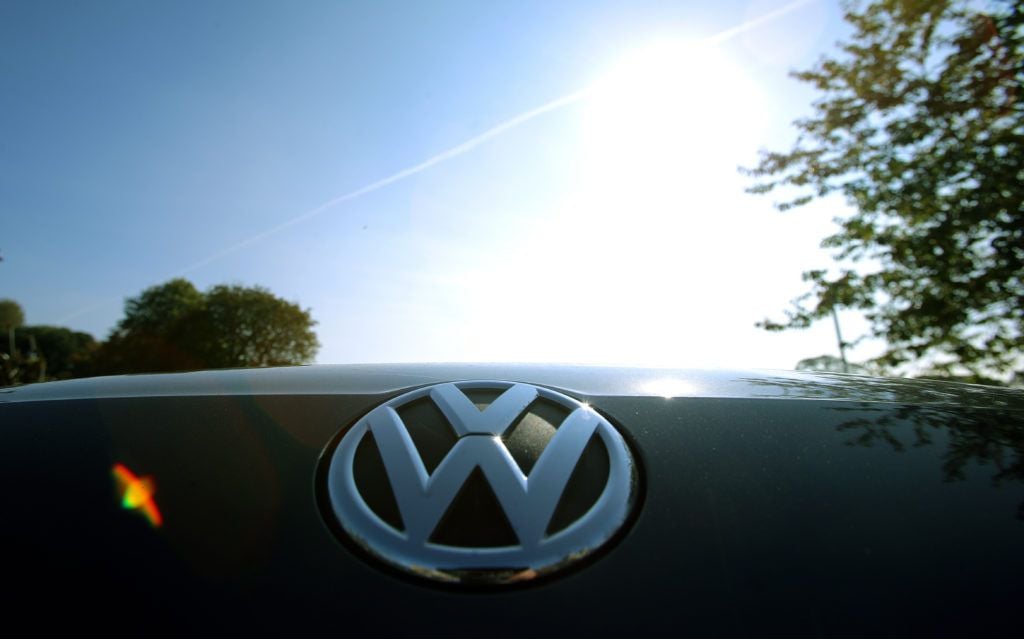 Volkswagen AG returned to profit in the third quarter as surging Chinese demand for luxury cars helped offset a 1.1% drop in vehicle deliveries due to the pandemic, sending its shares as much as 3% higher on Thursday.

The German automaker’s return to the black comes amid spiking coronavirus cases in Europe that led governments in France and Germany to order their countries back into strict national lockdowns on Wednesday.

“The coronavirus remains a central problem,” Volkswagen chief financial officer Frank Witter said in a conference call with reporters. “This situation now is anything but relaxed.”

But Witter said the group expected the economic recovery to continue and did “not anticipate any nationwide lockdowns in larger markets.”

Witter said the takeover of US truck maker Navistar International Corp by Volkswagen’s trucking unit Traton SE was an important acquisition, but the “current economic climate will not make this easy.”

Volkswagen reiterated it expects to post a profit for the full year, saying its business “recovered noticeably” in the third quarter as sales in China of premium vehicles, including Audi and Porsche sports cars, rose 3%.

The quarterly performance was also aided by a series of cost-cutting measures launched earlier this year.

Volkswagen said its net liquidity rose to €24.8 billion from €18.7 billion at the end of the second quarter.

Excluding one-time items, third-quarter operating profit was €3.2 billion, down from €4.8 billion a year earlier, but up from a second quarter loss of €1.7 billion.

In a note to clients, Jefferies analyst Philippe Houchois described the results as a “solid performance with strong cash, but relatively muted in the context of the (auto) sector recovery.”

Last week, German rival Daimler reported a record 24% jump in Chinese demand for its Mercedes-Benz cars, boosting its margins in the third quarter.

Witter said Volkswagen could not say for sure whether it would meet EU CO2 emissions targets this year, adding “it will be a tough race.” – Reuters

Teen Millionaires | The kids running successful businesses who say you...

BJP Protest Against The Education Reform, Calls It A Conspiracy |...