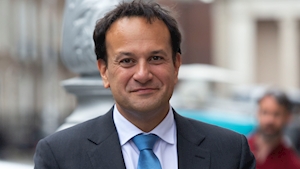 Tánaiste Leo Varadkar says Ireland needs to allow more air travel if we are serious about living with Covid-19.

It comes as yesterday Ryanair told its staff it intends to close its bases in Cork and Shannon unless the Government relaxes its quarantine restrictions on passengers flying into this country.

Speaking on RTÉ radio’s Morning Ireland, Varadkar said “If we’re serious about living with the virus that means allowing more air travel, it means allowing necessary business travel, sports team to travel, maybe even in some cases allowing people to travel to visit relatives and friends.”

The Government will consider two options – the possibility of rapid testing, such as is being tried out at Heathrow airport and an initiative being led by the European Commission, based on work by the ECDC, that would have a European wide map that would be updated every week with amber and red zones. “That’s something we could opt into.”

Mr Varadkar acknowledged that there is a risk that if the country loses connectivity, it will lose it for three to four years.

“Aviation is a hugely important industry for Ireland, we’re an island nation, we depend on connectivity for business and a lot of jobs in Dublin and Cork and Shannon and Knock, are dependent on aviation.”

The Green List had not been updated recently, he explained, because it had been largely overtaken by the new Covid plan. “Among the things that will deal with is our future policy when it comes to international travel.

“But once the virus was established in the country it doesn’t contribute to it very much, when you look at Covid app you’ll see that only two per cent of cases are linked to travel abroad. We do have very strict rules, probably only Iceland and Hungary have rules stricter than us.”

The founder of Aer Arann echoed Varadkar’s sentiments, saying that regional airports are on the brink of collapse.

About 130 staff would be put on unpaid leave for the six months if the airports are closed in Cork and Shannon.

“I don’t believe that Ryanair are posturing I think they are very serious about what they are threatening to do.

“Regional airports are on the brink of collapse, even Dublin airport is struggling significantly. They were losing in the region of €1 million a day up until about a month or two ago.”