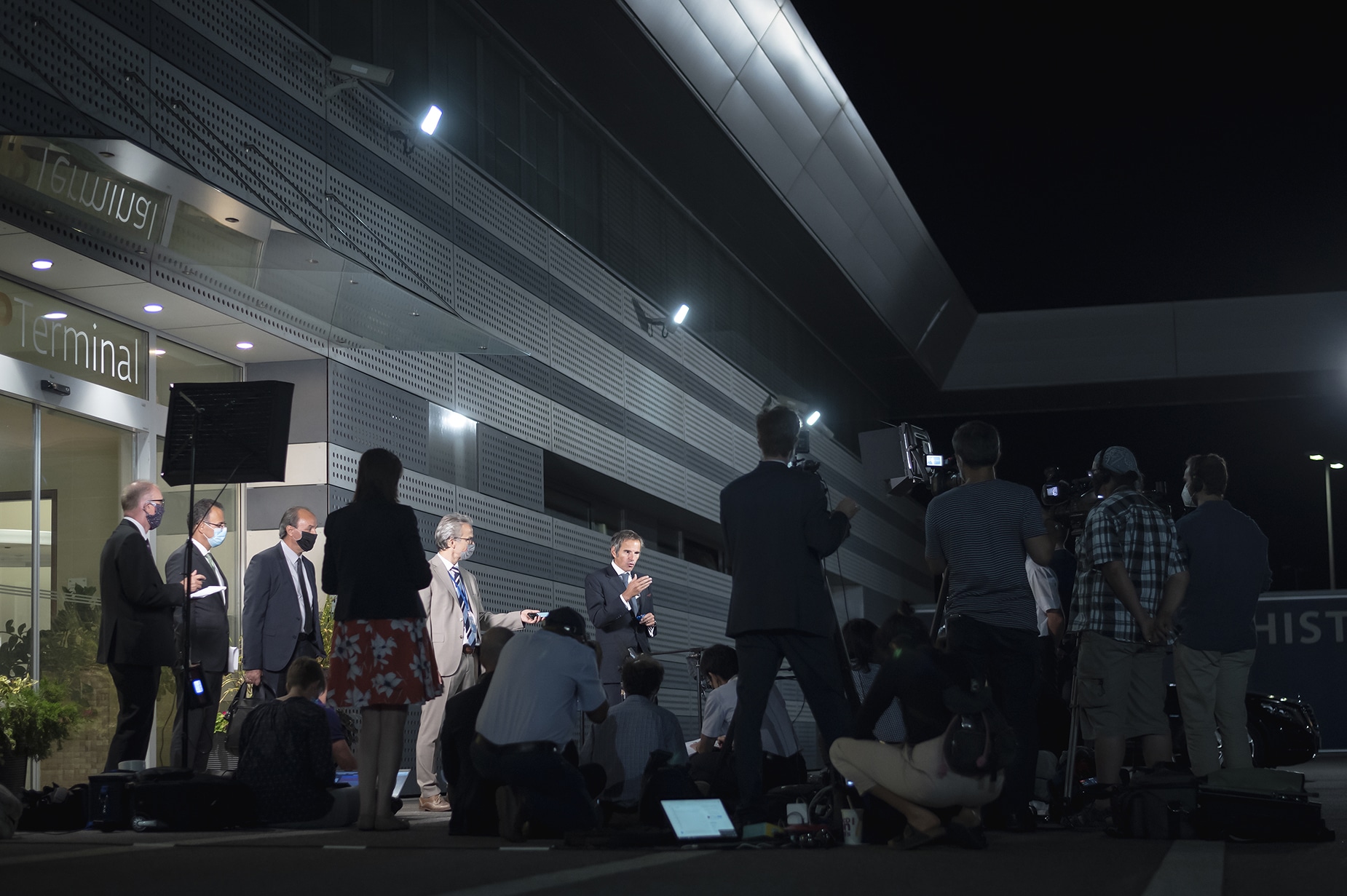 The European Union remains committed to implementing the Iran nuclear deal as a matter of respecting international agreements and of the bloc’s shared international security, EU Foreign Affairs and Security Policy Spokesperson Peter Stano told New Europe on August 28. But he criticised recent decisions by Tehran to pursue activities inconsistent with its commitments under the Iran nuke deal.

He was responding to a question whether Tehran is complying with the Joint Comprehensive Plan of Action (JCPOA), an agreement on the Iranian nuclear programme reached in Vienna in 2015, between Iran and the P5+1 together with the EU.

On August 20, US Secretary of State Mike Pompeo told the United Nations the US is restoring UN sanctions against Iran to ensure the regime cannot buy and sell advanced weapons systems or build a nuclear bomb and called for international support in addressing the Iranian regime’s malign behaviour.

“The Iran nuclear deal, which was unanimously endorsed by the UN Security Council, is a key element of the global nuclear non-proliferation architecture and contributes to the security of the region, for Europe and beyond. The EU remains committed to implementing the JCPOA as a matter of respecting international agreements and of our shared international security,” Stano said.

He added, however, that the EU regrets recent decisions by Iran to pursue activities inconsistent with its commitments under the JCPOA. “We have urged Iran to reverse these steps without delay and to refrain from further measures that undermine the nuclear deal. We have been consistent and clear that our commitment to the nuclear deal depends on full compliance by Iran. Under the terms of the JCPOA, the Joint Commission remains the relevant forum for dialogue to address all issues of concern,” Stano told New Europe.

The lifting of the UN arms embargo on Iran in October 2020 is foreseen by UN Security Council Resolution 2231 that endorses the JCPOA, he said, reminding that was part of the overall political deal at the time. The EU’ arms embargo runs until 2023.

The US move to ‘snapback’ UN sanctions on the Iranian regime, prompted EU High Representative Josep Borrell, coordinator of the Joint Commission of the Joint Comprehensive Plan of Action, to defend the Iran nuclear deal as an important part of the global non-proliferation architecture, contributing to regional security.

“I take note of today’s announcement by the US regarding the so-called UN sanctions “snapback mechanism” under UN Security Council resolution 2231,” Borrell said in a statement on August 20.

He reiterated that the US unilaterally ceased participation in the JCPOA by presidential Memorandum on May 8, 2018, and has subsequently not participated in any JCPOA-related activities. “It cannot, therefore, be considered to be a JCPOA participant State for the purposes of possible sanctions snapback foreseen by the resolution,” Borrell stressed.

“As coordinator of the JCPOA Joint Commission I will continue to do everything possible to ensure the preservation and full implementation of the JCPOA by all. The JCPOA remains a key pillar of the global non-proliferation architecture, contributing to regional security,” EU High Representative said.

Stano told New Europe a meeting of the Joint Commission of the JCPOA will take place in Vienna on September 1. The Joint Commission will be chaired on behalf of Borrell by EEAS Secretary General Helga Maria Schmid and will be attended by representatives of China, France, Germany, Russia, the United Kingdom and Iran.

On August 27, Pompeo again insisted they had acted legitimately in triggering the ‘snapback’ mechanism. “If any member of the UN Security Council introduces a resolution to continue sanctions relief, the US will oppose it. If no resolution is introduced, the sanctions on Iran will still return on September 20. That’s how UNSCR 2231 works,” Pompeo wrote in a tweet on August 27. “The one-sided nuclear deal didn’t bring security for America, stability in the Middle East, or a change in the regime’s behavior – it never will. Re-establishing the UN Arms Embargo on Iran puts pressure Iran to behave like a normal country and come back to the bargaining table,” he wrote.

But as they did when Pompeo traveled to the UN to invoke ‘snapback’, almost all other UN Council members flatly rejected that position, repeating their position that the Washington had lost its legal standing to act after the withdrew from the 2015 Iran nuclear deal, AP reported, adding that Russia’s deputy UN ambassador Dmitry Polyansky tweeted on August 27: “Under intl law you can’t withdraw from an agreement and then claim you can still benefit from its provisions. Under `rules-based intl order’ where the rules are defined by the US this seems to be OK provided it serves US interests”.

Learning With Blippi At An Indoor Playground For Kids | Educational...

Russia holds massive navy drills to show off its firepower

EU to impose sanctions on Belarus over election fraud, violence