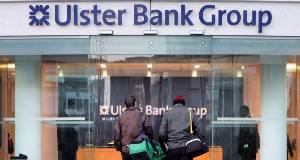 Ulster Bank is to cut 266 jobs across the island of Ireland as part of plans to reduce costs.

213 roles are set to go in the Republic, with the bank insisting it is doing everything it can to support those affected.

It hopes to reduce its workforce through voluntary redundancies where possible, while some fixed-term positions will not be renewed.

The bank has assured that no branches will be closed as part of its cost-cutting measures.

Garreth Murphy, head of industrial relations at the Financial Services Union, said the jobs cuts were being made at a very difficult time.

“We’re disappointed at the announcement of redundancies and restructures at Ulster Bank today, all redundancies are always disappointing but especially during a global pandemic it’s particularly hard on workers and their families in our members of the union,” he said.

TikTok files complaint against Trump administration in attempt to block US...