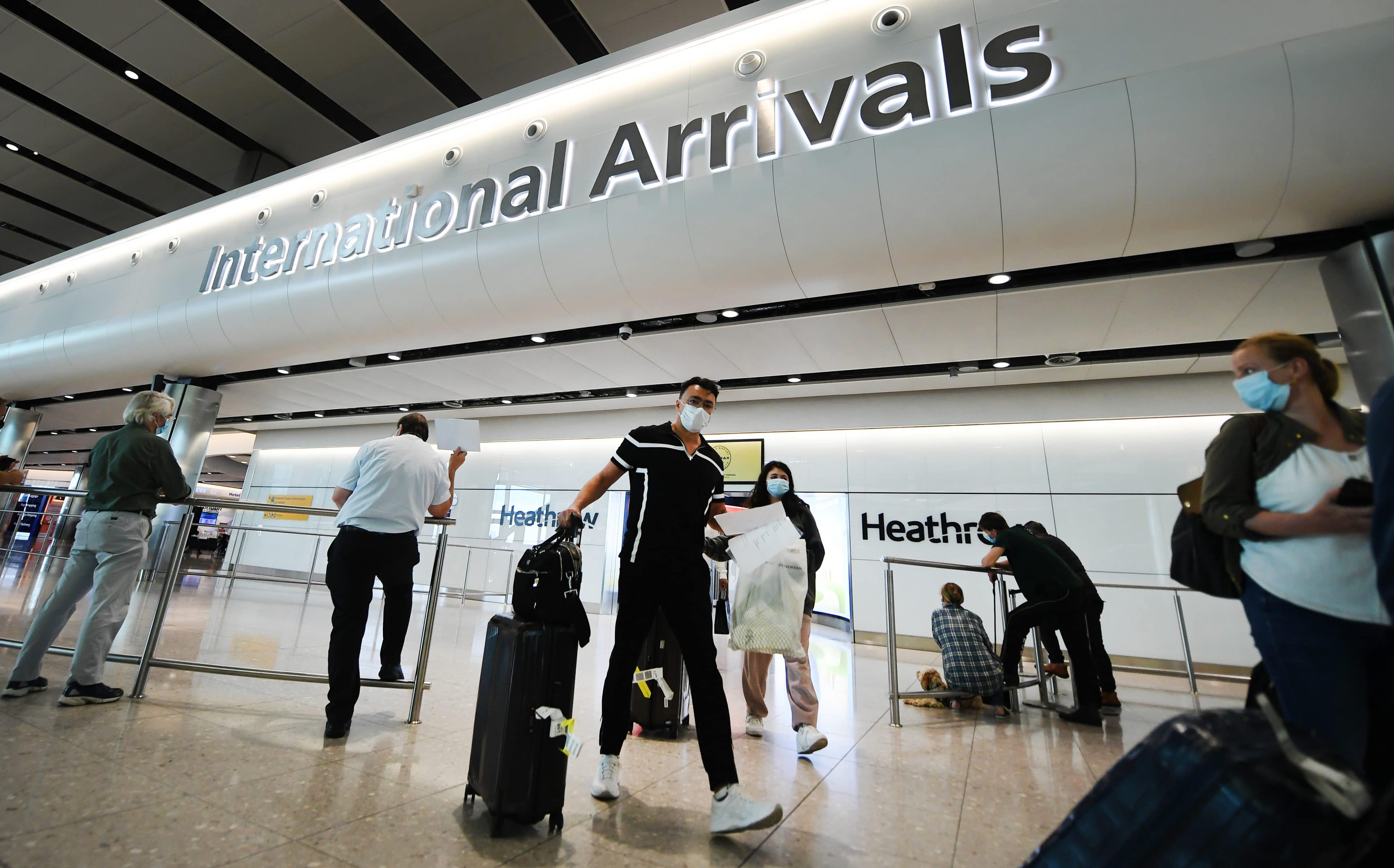 British Prime Minister Boris Johnson on Thursday announced that travellers arriving to the UK from France, will need to self-isolate for two weeks, due to a surge in COVID-19 cases.

The measure that will enter into force as of Saturday 4 am, will also apply to those coming from the Netherlands, Malta, Monaco, Turkey, Caicos and Aruba.

The announcement by Downing Street is expected to be a major blow to the holiday plans of Britons, as it is estimated that more than 160,000 British holidaymakers currently in France, according to UK’s Transport Secretary, Grant Shapps.

France’s Junior Minister of European Affairs, Clement Beaune tweeted that the British government’s measure was a matter of “regret” for France that will lead to reciprocal measures, and that they hope for “a return to normal, as soon as possible.”

Following the travel exemption announcement, the shares of Air France-KLM on Friday fell by 3.1%, along with the shares of Getlink, which runs Eurotunnel (-2.2%), of ADP, which runs Paris’ airports (-2.3%), and of the hotels company Accor (-2.1%)

Irish economy not as badly affected by lockdown as other European...

The new Cold War is Russia’s shadow conflict with Europe

Apple will not ‘make an exception’ for Fortnite in payments row

Recycling has become a distraction from wider challenges around plastics waste