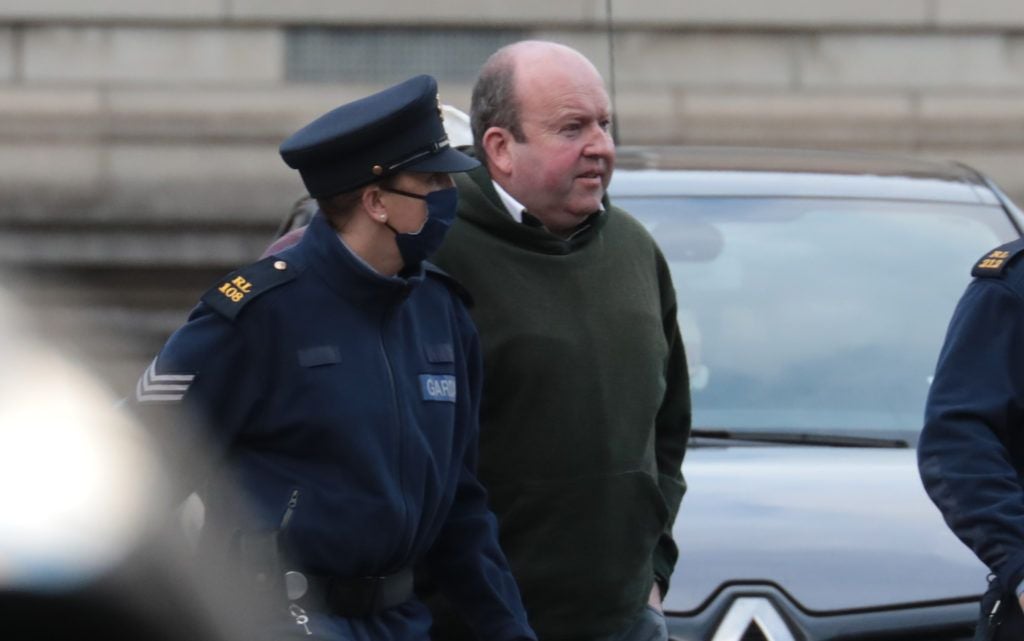 Two men must remain in prison after they refused to give undertakings to stay away from a Co Roscommon farm, which was the scene of a controversial eviction in 2018.

They were committed to Mountjoy Prison over their failure to comply with court orders, made in favour of KBC bank requiring them to vacate the property at Falsk, Strokestown, Co Roscommon.

‘In their own hands’

When the matter returned before Ms Justice Leonie Reynolds on Thursday both men, who gave evidence via video link from the prison, declined to given undertakings to comply with injunctions.

KBC, which obtained orders in 2018 granting it vacant possession of the farm, claims, the men had despite the order refused to leave the property.

Arising out of their refusal the men were arrested, Mr Taylor at his home in Longford, and Mr McGann at the property by gardaí on Wednesday morning before being brought to the High Court.

On Thursday afternoon at the High Court Rossa Fanning SC appearing with Keith Rooney for KBC said his client did not want to see the men remain in prison, adding that their fate was “in their own hands”.

The property counsel said was in the process of being secured by KBC and in those circumstances, despite the long history of the proceedings, would be satisfied if the men gave sworn undertakings to say away from the farm.

However, Mr McGann said he was not prepared to give such an undertaking.

He repeated claims previously made that KBC had committed a fraud, which he said he could prove, and that the matter was allegedly being “covered up”.

Mr Taylor also declined, when asked by Ms Justice Reynolds, if he wished to purge his contempt by giving an undertaking to stay away from the property.

He said he worked in the interests of justice for 30 years, and if he had to stay in prison “for the rest of my life so be it”.

Mr Taylor added that he did not want a qualified solicitor to represent him in the proceedings. He would accept advice from “a common law solicitor”, he added.

Ms Justice Reynolds said she was prepared to appoint a top independent criminal lawyer to advise Mr Taylor in this matter.  Ms Justice Reynolds also said that her only function was to ensure that court orders had been complied with. She would not engage in what she described as “conspiracy theories.”

She noted that the 2018 High Court order requiring the farm to be vacated, was never appealed.

In light of the two men’s responses the judge said her hands were tied and she further remanded them both in continued custody.

The matter will be reviewed next week, the judge added that they could apply to the court to purge their contempt at any time.

The farm in Falsk has been the subject of proceedings involving siblings Michael Anthony, David, and Geraldine McGann, and KBC Bank.

In October the siblings were brought before the Court, following their arrest, over their failure to leave the property on foot of an injunction secured by KBC.

They were released after giving undertakings to leave, and remove their livestock from the farm. However, KBC returned to court claiming it was unable to secure possession of the property due to the presence of several individuals on the farm.

KBC obtained an order for possession of the farm several years ago arising out of a €431,000 debt on the property from a loan to its registered owner Michael Anthony McGann.

The McGanns were evicted in 2018 but the house was later the scene of an attack on security men employed to secure it.

The security men were forced off the property by a group of masked men and a number of vehicles were burnt.

The McGanns, who were not involved in that incident, returned to the house.

That resulted in KBC seeking, and obtaining orders against them last March which were delayed due to the pandemic.

Trump's State of the Union: New Congress, new chapter for US...

Giuseppe Paternò, 96 is the Oldest Graduate in Italy

USTA 4.5 Tennis: Most Exhausting Player vs the Business Professor (Atlanta)