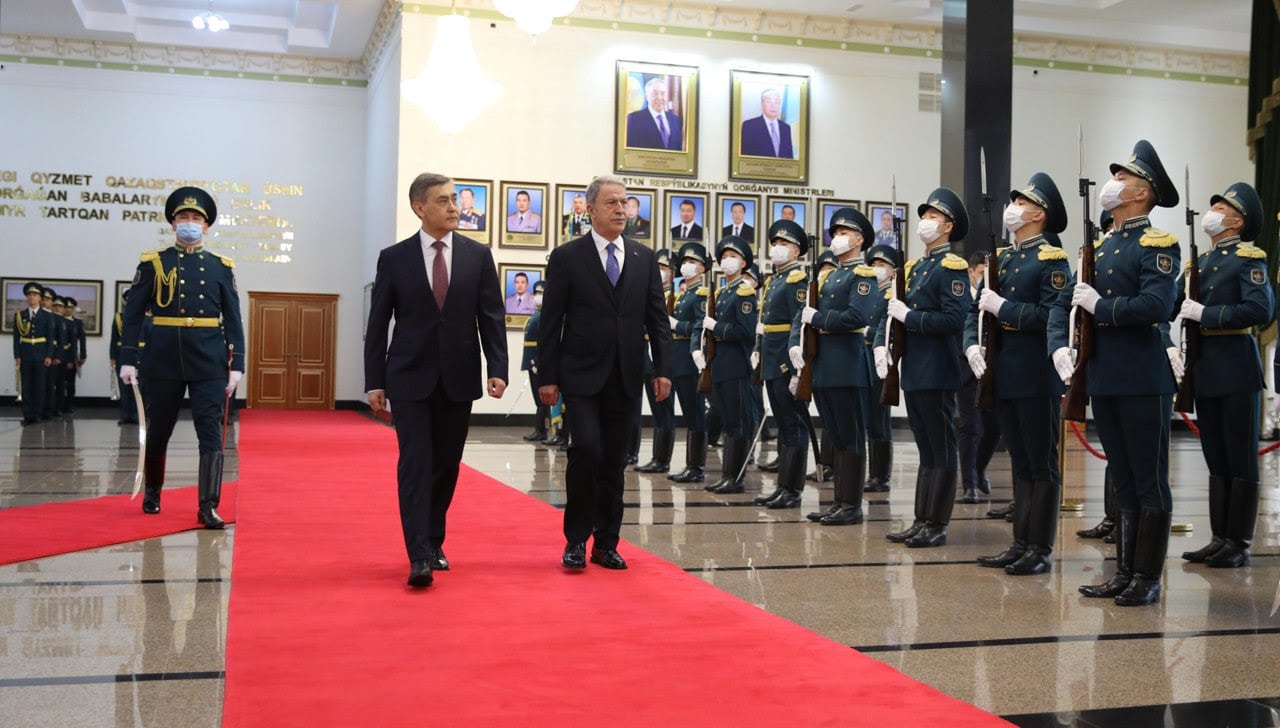 “We discussed issues related to the further expansion of cooperation in the field of defense between our countries. Since there is a very close dialogue and cooperation between the heads of our states at the presidential level, our work was quite easy. We discussed issues related to the implementation of previously reached agreements,” Akar said at a briefing following negotiations.

He noted that the sides agreed on the need to further expand military-technical cooperation between our countries, which will increase and expand bilateral contacts.

The Turkish minister also met with Kazakhstan’s Industry and Infrastructure Development Minister Beibut Atamkulov to discuss cooperation in the field of the defense industry.

Yermekbayev noted that the results of the visit of the Turkish Minister of Defense to Kazakhstan will give a new impetus to bilateral cooperation in the military and military-technical spheres and will serve security interests.

In September 2018, during the official visit of the first Kazakh president Nursultan Nazarbayev to Ankara, a number of important bilateral documents were signed, including an agreement on military cooperation.

The Turkish Armed Forces and the General Staff were among the first to provide comprehensive support to the Armed Forces of Kazakhstan at the initial stage of their formation and development.

In the future, the parties switched to mutually beneficial cooperation through the supply and joint production of multi-purpose light armored vehicles, optoelectronic devices.

Within the framework of military education, Kazakh cadets are trained in the service military schools of Turkey, and the military personnel of the Armed Forces of Kazakhstan are trained in various training centers. So, for 2020, at the request of the Kazakh side, quotas have been allocated for training in the specialty “cybersecurity”.

In turn, last year the Ministry of Defense of Kazakhstan for the first-time organised training for Turkish military personnel on the basis of the National University of Defense. At the talks, an agreement was reached to continue cooperation in this direction.

One of the most important areas of cooperation in the field of combat training is the training of special operations forces anti-sabotage, mountain, diving training, operations in urban settings.

Putin sees Belarus’ popular protest as a threat to his own...

The new role of business schools in our economy