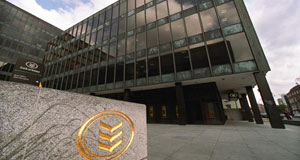 A trade union representing staff at Bank of Ireland has sought an intervention from the Workplace Relations Commission (WRC) on proposed redundancies at the bank.

The Financial Services Union (FSU) represents the majority of staff in the bank and has written to the WRC seeking urgent conciliation on the basis that Bank of Ireland have breached the terms of an agreement with the union.

Commenting, FSU general secretary John O’Connell said: “Bank of Ireland, without any meaningful engagement with the FSU, have made proposals to cut 1,400 jobs. These proposals were made unilaterally, in a way which was not in keeping with normal industrial relations practise. We have long standing agreements with Bank of Ireland, which were cast aside in this case. “

“The proposals will have serious ramifications for staff and services. Bank staff, as essential workers, have ensured that branch services remain operating and services continue to customers during Covid-19. We need to see the light of day cast on the job cut proposals so they can be scrutinised. Any threat to services from job cuts will be robustly challenged by FSU.”

“We have sought the intervention of the Workplace Relations Commission and look forward to meaningful engagement from Bank of Ireland as we seek to ensure protections for staff.”

Bank of Ireland announced last month that it is seeking applications from staff for a voluntary redundancy programme, which will see numbers at the bank reduce from 10,424 to 9,000.

Bank of Ireland chief executive Francesca McDonagh did not set a limit on the number of staff who might leave the bank under the programme, which offers better terms than those given to staff who departed in recent years.

Don't Start A Business Until You Watch This

Average American vs Average European – How Do They Compare? –...