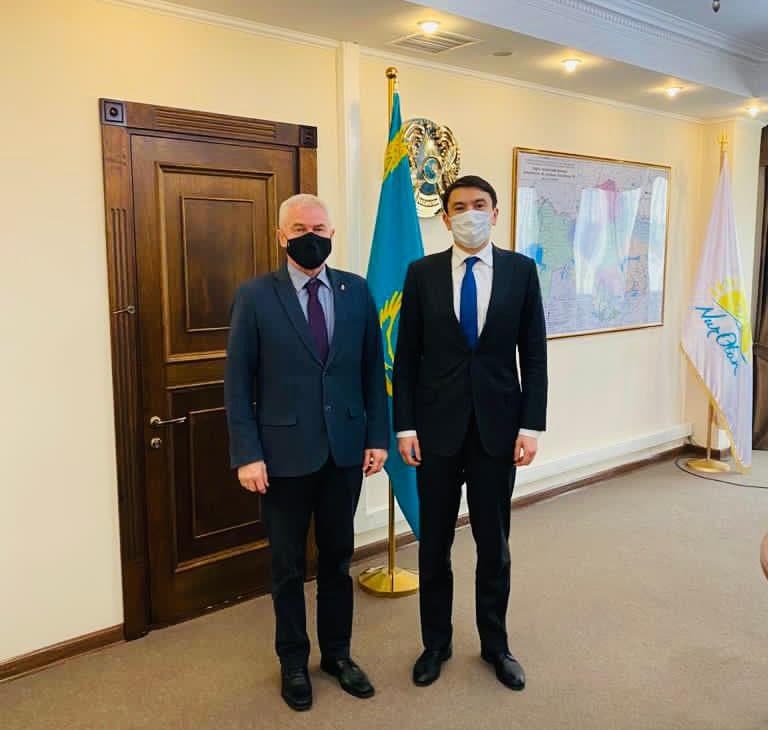 “We have an interest in strengthening the Kazakh-Hungarian cooperation in the field of geology. Today favorable operating conditions have been created, in comparison with other major mining jurisdictions, for the effective conduct of geological exploration work related to assessing the prospects of territories for many types of mineral raw materials in Kazakhstan,” Mirzagaliyev said.

In addition, the minister announced that this year a draft State Exploration Program for the period 2021-2025 has been developed, which will be open to all investors wishing to invest their funds at all stages of geological exploration, from regional research to obtaining the right to subsurface use.

At the same time, in mid-2021, it is planned to launch the information system National Bank of Mineral Resources, one of the tasks of which is to introduce the principle of a “single window” for investors and operating subsoil users by simplifying access to subsoil use processes. The system will allow collecting in a single database geological reports, balances of mineral reserves, certificates of deposits, data on the study of the territory, and other geological information.

“Despite the pandemic, our countries need to further develop cooperation in this direction and create a Joint Expert Group in the near future. In addition, I express my gratitude for the assistance of Hungary in the framework of Kazakhstan’s chairmanship of the Convention on the Protection and Use of Transboundary Watercourses and International Lakes, as well as for the expert support provided in the work with the projects “Sustainable distribution of water resources in a transboundary context” and “Ecological runoff – the basis for conservation ecological system,” Kazakhstan’s Ecology Minister said.

During the meeting, Mirzagaliyev also called on Hungarian companies to take part in the implementation of projects to solve problems related to atmospheric air pollution in the Aktobe region, as well as topical issues of Lake Balkhash in Karaganda region (center of Kazakhstan) and in Mangystau region (West Kazakhstan).

Despite the current situation with the pandemic in the world, the Kazakh-Hungarian trade and economic relations are characterized by stable growth. Trade turnover between the two countries in January-September 2020 amounted to $ 84.9 million, which is 12.2% higher than in the same period.

Trump on US coronavirus deaths: 'It is what it is'