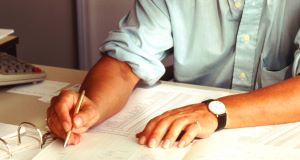 The number of start-up registrations in Ireland has fallen to the lowest level in five years.

All but one of the 26 counties in the Republic noted a yearly decrease in the number of start-up companies being registered, the only exception being Tipperary with an increase of 4 per cent.

Data from CRIF Vision-net shows a 30 per cent decrease between February and May compared to the same period last year.

April took the heaviest hit, with only 1,075 start-up companies joining the register.

Fishing was the worst hit sector recording a 60 per cent yearly decrease on 2019 figures.

Public administration and defence was the only area to record an increase in new start-ups, with an 11 per cent rise.

The closure of courts due to Covid-19 and Government support packages have led to reduced levels of insolvency, down by 27 per cent, however this is expected to increase when courts resume activities.

The highest number of insolvencies was recorded back in February, with 72 companies experiencing financial difficulties.

April had the lowest level in the first six months of 2020, with only 12 insolvencies, a 71 per cent decrease compared to April 2019.

Learn with Blippi at a Children's Museum | Educational Videos for...

Enel teams up with Helbiz for 100% green micro-mobility vehicles

Hungary, Poland to set up ‘rule of law’ institute