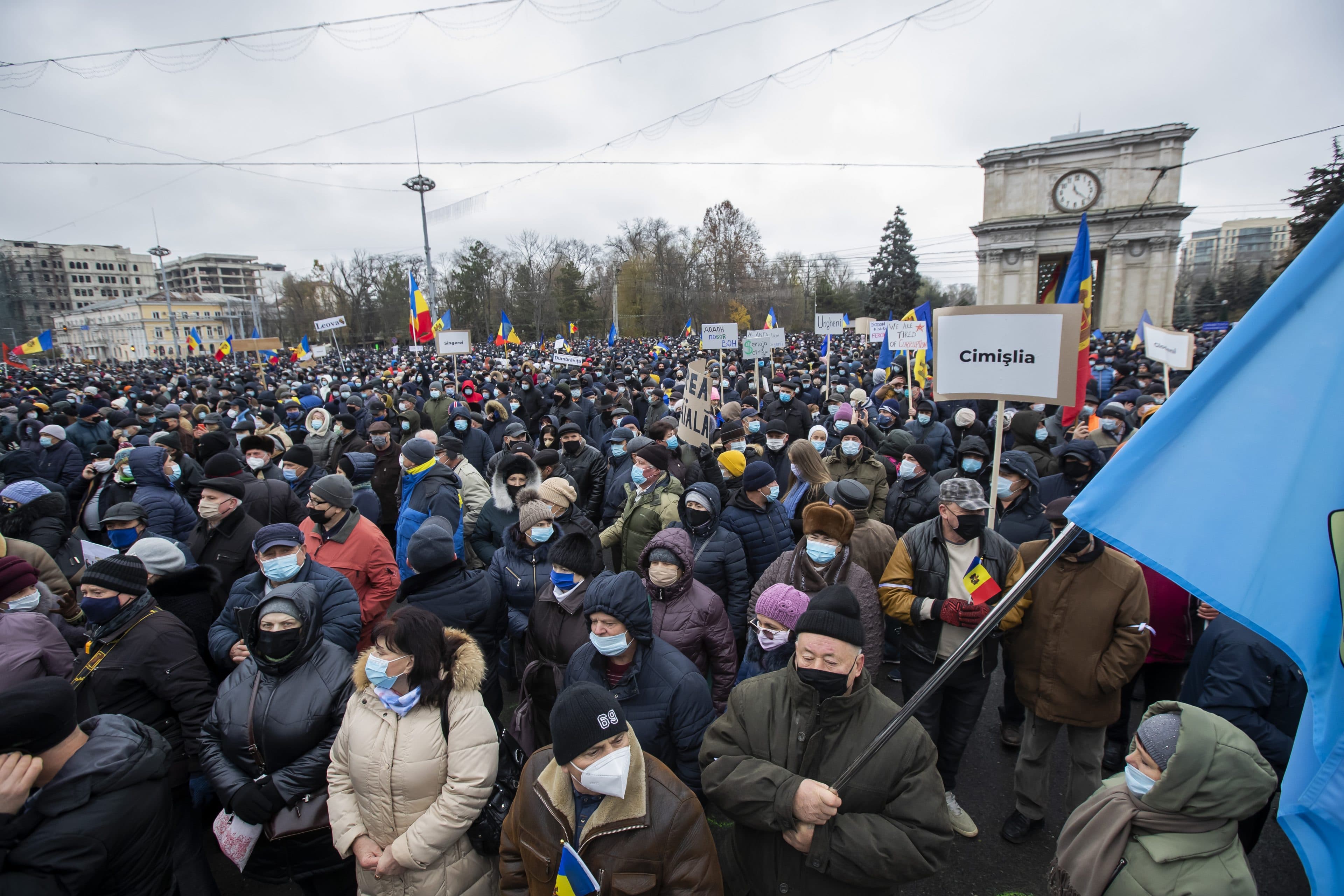 Some 20,000 protesters backing Moldova‘s pro-European president-elect, Maia Sandu, have taken to the streets of the capital demanding the government’s resignation and early general elections.

The demonstrators gathered in front of the parliament building on Sunday, shouting slogans such as “We are the people!” and “To prison!”

The rally was called by Sandu, who favors closer ties with the European Union, after lawmakers passed a bill transferring control of the country’s intelligence agency from the president to parliament.

The legislature is still controlled by pro-Russian presidential incumbent Igor Dodon, who was defeated by Sandu in last month’s presidential election. Sandu accused legislators of trying to undermine the presidency before she takes office.

On Sunday, Sandu accused Dodon of not wanting to admit defeat: “This majority adopts laws that strip the powers of the president so that we cannot fight corruption and thieves. We will go to the end until we cleanse the country of corrupt officials”, she said.

In 2014, the EU forged a deal on closer trade and political ties with Moldova, but became critical of its record on reforms. The country has been rocked by multiple political crises and a €840 million bank fraud scheme equivalent to nearly 15% of its annual output.

French Army will use AI to identify enemy combat vehicles

What Do I Need To Make It In Business?