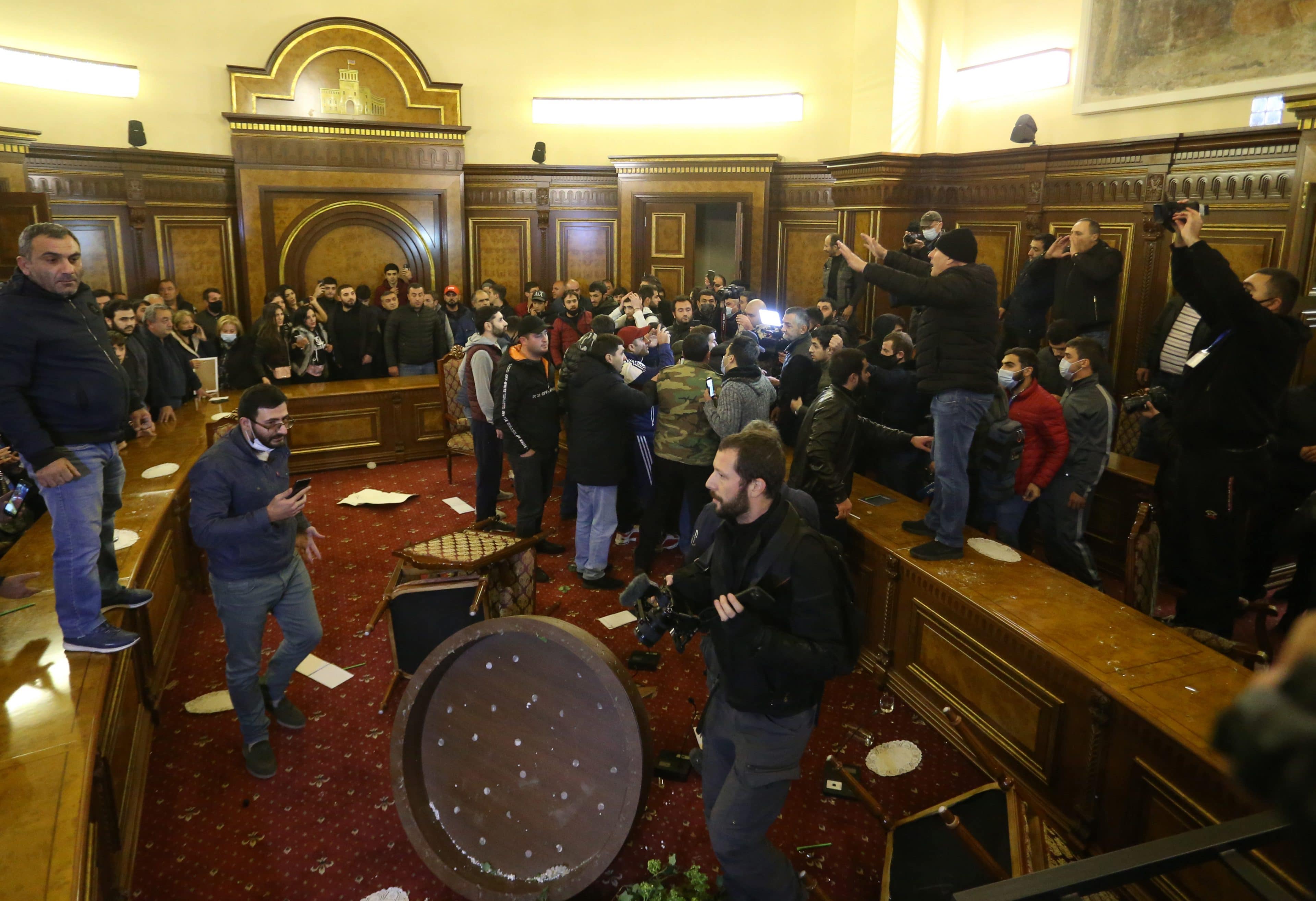 Protests have broken out in Armenia’s capital Yerevan, with thousands of demonstrators demanding prime minister Nikol Pashinian’s resignation for agreeing to a peace deal to end the military conflict over the Nagorno-Karabakh region.

Armenia and Azerbaijan, two former Soviet republics, have been involved in a territorial conflict since they gained independence in the 1990s. Nagorno-Karabakh, which is internationally recognised as part of Azerbaijan, but is historically an ethnic Armenian region, has been the focal point of the conflict between the two nations.

More than 1,400 people have died since the fighting broke out on September 27, including many civilians. Fighting has surged to its worst level since the 1990s, when about 30,000 people were killed.

The peace deal came after Azerbaijani forces made major battlefield gains, including the strategic city of Shushi. Under the deal, announced on Tuesday by Pashinyan, Azerbaijan’s president Ilham Aliyev and Russia’s president Vladimir Putin, Azerbaijan will keep territorial gains made in the fighting, including Shushi, while ethnic Armenian forces must give up control of a slew of other territories between now and December 1.

On Wednesday, protesters managed to enter parliament and occupy the plenary hall. Armenia’s parliament speaker Ararat Mirzoyan was beaten up and taken to hospital, local media reported. Representatives of 17 opposition parties called for Pashinian to step down, blaming him for what they described as heavy concessions. Several people were detained.

On Tuesday, Pashinian said that the peace deal was “the best possible solution for the current situation”.

What First, Business, And Economy Classes Are Like On Emirates

Insurers don’t have to cover any or all of pub’s Covid19...

The summer ends with no smell of roses