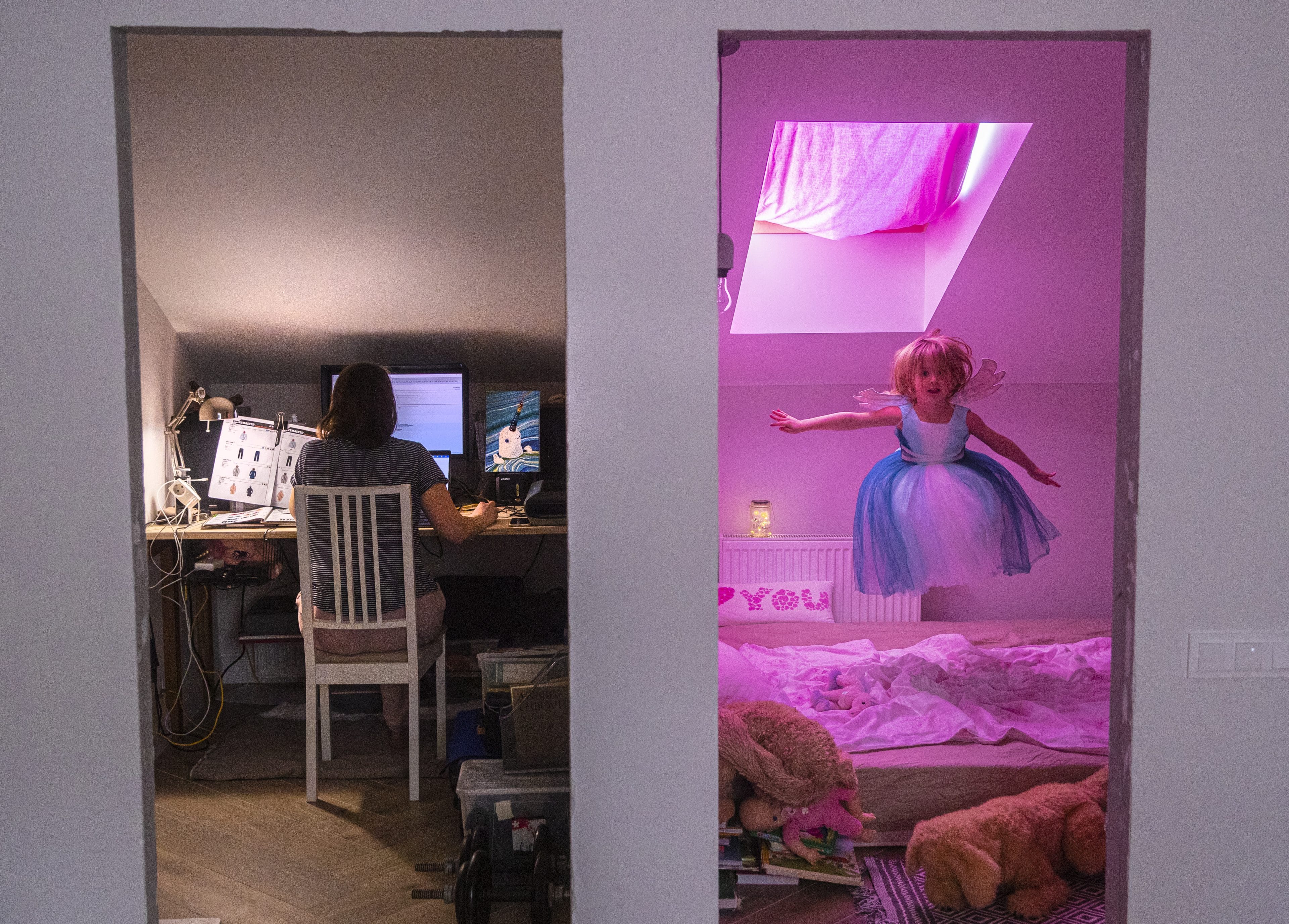 Migration flows today are mostly driven by people pursuing better economic opportunities. These individuals move from peripheries to hubs — often crossing a border and sometimes an ocean — to get a job.

How will migration patterns change in a post-pandemic world where an increasing share of those jobs will be available as remote positions? Will the number of migrant workers decrease, as well as the remittances they send back home? Will more people start moving away from hubs if they can work from anywhere? What would be the net impact on the peripheries of the world?

With big tech companies like Facebook and Twitter making bold announcements about going remote, many already predict an important movement of people away from the big tech hubs to the peripheries or even the emergence of so-called Zoom cities. Analysis based on large-scale employee surveys or looking at the various analyses based on the real-estate market already shows early signs of this reverse migration in the US and most European countries.

We can imagine many foreign-born employees of companies going remote might take one step further and move back home, as many of them already do when they retire. What could have the most lasting effects on migration patterns is people in the world’s peripheries — whether it’s rural areas globally or cities in developing and emerging economies —  applying for remote jobs rather than moving to a hub.

Decoupling location from work means fewer people need to migrate, but it also means more people can migrate, as keeping a job is currently a major factor in limiting mobility.

More people will be able to decide where to live based on other factors than their professional constraints. The new migration drivers that are set to become more prevalent revolve around quality-of-life factors, cost of living, family network, hobbies, and preferred weather. Young individuals and families will decide where to live similarly as some retired people do today.

For many, big cities will remain very attractive for their social and cultural offering. I wouldn’t call New York dead just now, but mega-cities might become a less sustainable model in the long run.

We could also see regions and countries currently mostly relying on tourists switch their model to become a haven for remote workers and become a new kind of hubs. This article already lists 16 countries that have launched special visa programs or other financial incentives to attract remote workers.

More and more people might also decide to take advantage of the freedom of remote work to move every few years or every few months, following the pioneering digital nomad community’s path. The founder of Nomad List is even going as far as to predict the greatest human migration of history with 1 billion digital nomads by 2035.

A key parameter of the remote revolution is how companies will decide to compensate their remote employees. This will determine how attractive those remote positions will be and who will be interested in applying for them.

Facebook got some outraged reactions when they announced remote employees relocating from Silicon Valley to places in the US where the cost of living is lower would see a decrease in their salary. On the flip side, it seems normal for most people that Facebook employees in other countries are paid local market rates.

Tech companies who have embraced remote work long before COVID-19 already show the diversity of possible approaches. From companies who pay market rate in every location, those who use the cost of living as one parameter in their salary equations, to those who pay based on the value each employee brings regardless of location, whether this means every employee is paid at the Silicon Valley rate or that the company cannot hire in those big hubs.

If remote work becomes sufficiently ubiquitous in certain industries like the tech industry, I predict we will see a globalized remote market where companies and employees all compete with each other and where salaries will be set regardless of locations, at an average that will inevitably be lower than the current level in big hubs but that will provide above-market salaries in most places of the world.

At least in the tech industry, there are fundamental differences between hiring remote employees and outsourcing work to a foreign company. While outsourcing decisions are mostly driven by the will to cut costs, companies starting to hire remotely will do so to remain an attractive employer. The remote revolution will force companies to pay competitive salaries to their remote employees, which might mean local salaries in countries where currently a lot of work is outsourced might need to increase.

Remote Workers as a Potential New Lifeline for Developing Economies

International migrant workers play a key role in the economic development of the hubs they move to, but also for the peripheries and countries they have left, as most of them regularly send money back home. At a macro-economic level, those hundreds of billions of dollars of remittances represent a major influx of money for hundreds of emerging economies. At the micro-level, an estimated 10% of the world’s population rely in one way or another on those money transfers.

It’s not clear yet how many of the jobs occupied by migrant workers today will become remote positions in the coming years. On the one hand, the pandemic has shown that many jobs companies or governments thought required a presence in an office could, in fact, be done remotely. On the other hand, we were also reminded that essentials workers who needed to leave their home every workday to go to the hospital or the supermarket were more often than not migrant workers.

The only data I found comes from the Migration Policy Institute, from which we can infer that at least 80% of migrant workers in the US in 2002 had occupations that are very unlikely to become remote. Someone will need to dig deeper than me to come to a more robust conclusion, but my assumption at this stage is that only a small percentage of the hundreds of millions of migrant workers will have the option to come home or to stay at home in the first place.

What will be interesting to observe is how much people in developing economies which would have never thought of moving abroad could in the future consider working for a global remote company. They would need to acquire the skills necessary to compete for those positions, but they will be rewarded with very competitive salaries.

An average remote worker’s salary could be as much as an order of magnitude higher than what an average migrant worker could save to send home, so this could rapidly become an important influx of money for developing economies.

More Incentives To Form Talents, but a New Kind of Brain Drain

Over the past decades, the migration of highly-skilled workers from less economically developed countries to the big hubs of the planet’s biggest economies created a phenomenon called the “brain drain.”

One of the brain drain’s perverse effects is that it lowers the incentives for governments to invest in the education of highly-skilled workers who are likely to move away early in their professional careers.

The flow of remittances coming back is at least a partial compensation, but one that is hard to capture directly by governments. Scholars also disagree on whether highly-skilled migrants send more or less money back home than low-skilled migrants.

Investing in the training of individuals who are instead likely to get a highly-paid remote job while staying in their home country — where they would consume and pay taxes — might be a much more compelling story.

Remote work could help spread out talents (and well-paid jobs) more equally across the globe, but it could also create a new kind of brain drain, from the local economy to the globalized remote economy. If the best talents of a country all work for remote companies with headquarters abroad, local companies may find it even harder to hire talents than today.

If Done Right, the Remote Revolution Could Reduce Global Inequalities

A world in which more people can decide where they want to live, in which talent is compensated more fairly, and wealth more evenly distributed geographically, sounds like a bright future.

But if we are not cautious, inequalities will increase between the share of the world’s population that will be in the position to take advantage of a remote revolution and those who won’t.

Sound policies will need to be put in place to offer remote workers a lot of freedom while ensuring a fair redistribution of wealth to ensure the remote revolution will have a net positive impact on the world’s entire population and reduce global inequalities.

Education 4.0 – transforming the future of education (through advanced technology)

Half of SMEs face revenue shortfall due to Covid-19 lockdown

Turkish Defense Minister arrives in Kazakhstan for the first time