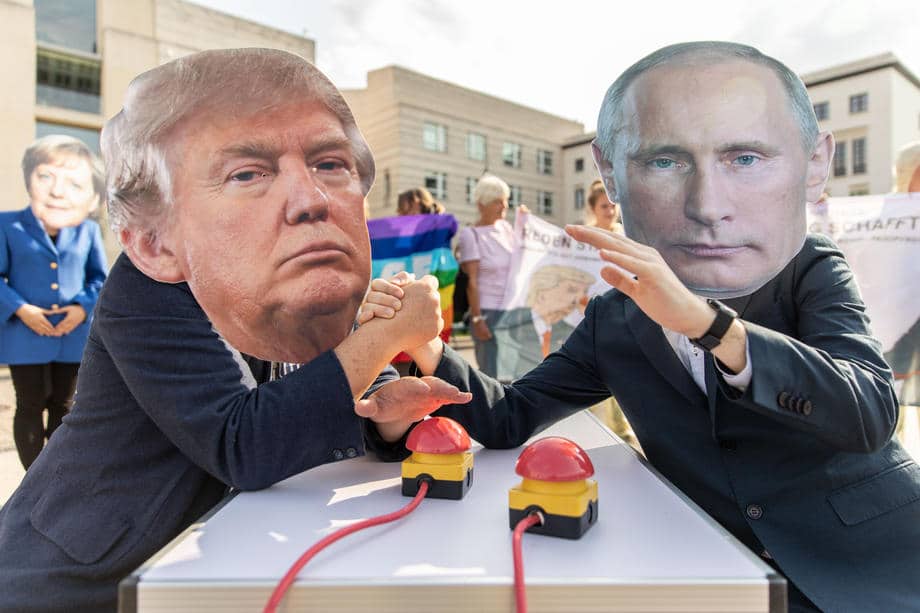 No matter who will be elected as US President in November, the western world will have problems. More with Biden, less with Trump but problems. In both cases, serious problems which stems from the oxymoron that the Republican candidate stands against the interests of the Wall Street, which is the very nucleus of his party. On the contrary, the unconditional supporters of Wall Street this time are the Democrats, who are supposedly safeguarding the interests of the Main Street. This is more than oxymoron. It is madness.

In the context of this madness, the two basic problems that the American President will have to deal with, after the November election, are the passage of the Western society into the new civilization, the “New Normal” and the escalating Cold War with China.

As to the “pandemic” that at the moment nobody can say how much of it is political and how much is medical, no matter what it is and regardless what vaccines and medications will be discovered, will be used as “fear” generating tool, to assist in controlling the reactions of ordinary people for the passage to the “New Normal”.

For Joe Biden, the Cold War, will be a hard task to handle. The way Trump has methodized the matter, Biden will have no option but to continue. Indeed, Trump has brought the matters to such limits that if the Cold War will not intensify to totally isolate China from the world making, starting the processes immediately, in less than a couple of years China will dominate the world, economically, commercially and politically. Therefore, as no American president would like the Chinese bomb to explode in his hand, no matter who will be, he will continue the confrontation and, will have no option but to intensify.

The United States and China are now silently and discretely yet fervently working for the formation of the two alliances that will constitute the “belligerent” parts of the new Cold War, which will go in the open after the American election. It will be, once again, the war of the free against the communist dictatorship.

The essence of this war is that while the western alliance will not be fighting to abolish communism in China but simply to contain it and defend the western way of life, China’s scope is to dominate the world and impose the Peking communist rule to all.

In this context, it is of utmost importance to see where Russia will stand in the East-West confrontation.

Vladimir Putin, controls his country, is intelligent and has a global understanding. Therefore, he understands that he cannot associate with China, because Xi Jinping, in building his defense against the West, will have to reincarnate Mao Zedong. In this unavoidable development, if Russia associates with China, communism, in its ugliest format, will return to the Kremlin and Putin himself, before withdrawn from circulation, will be demoted to a regional communist leader.

However, much depends on the American election. According to all indications, the personal relations between Donald Trump and Vladimir Putin are very good. Both are intelligent people and understand that it is to the benefit of both nations, the USA and Russia to be united in front of the Chinese threat. In this context, may be not coincidental the repeated intention of Trump to abolish NATO. Indeed, while it will be quasi impossible and time consuming to unanimously include Russia into NATO, while it will be practical to formally abolish NATO changing its statute and turning it into the Alliance of the Free, without veto rights to its smaller members. As to Joe Biden, if elected, he will have no alternative but to display common sense.

Therefore, Russia cannot but eventually be cardinal part of the alliance of the Free.

Today’s Russia has nothing to do with communism. On the contrary, Russians love Joseph Stalin certainly much less than Italians love Benito Mussolini and Germans Adolph Hitler.

All countries passing from dictatorship to democracy are undergoing a period of transition, the length of which depended on how long democratic freedoms were suspended. In its history, Russia never sensed democracy. Therefore, to be fair, democratically civilized westerners, should allow a logical period of adaptation to Russia and accept it to the western society as it accepted and supported Germany from the day after the fall of the Nazis.

By inviting Russia in the Alliance of the Free, the west will secure a key partner in the Cold War against China. At the same time Europe will be liberated to normalize its relations with Russia, now monopolized by Germany with only criterion its own interests stemming from its dependance on Russian gas.

Part II: Coming soon. Examines the essence of the American electoral confrontation, the “mother” of all battles, “Wall Street, against the Main Street”.

Usaping Legal #2 The Rights of the Legal Wife and the...

Airports welcome new €80 million in funding amid ‘green shoots’ for...

See how voters are reacting to Trump tax bombshell report