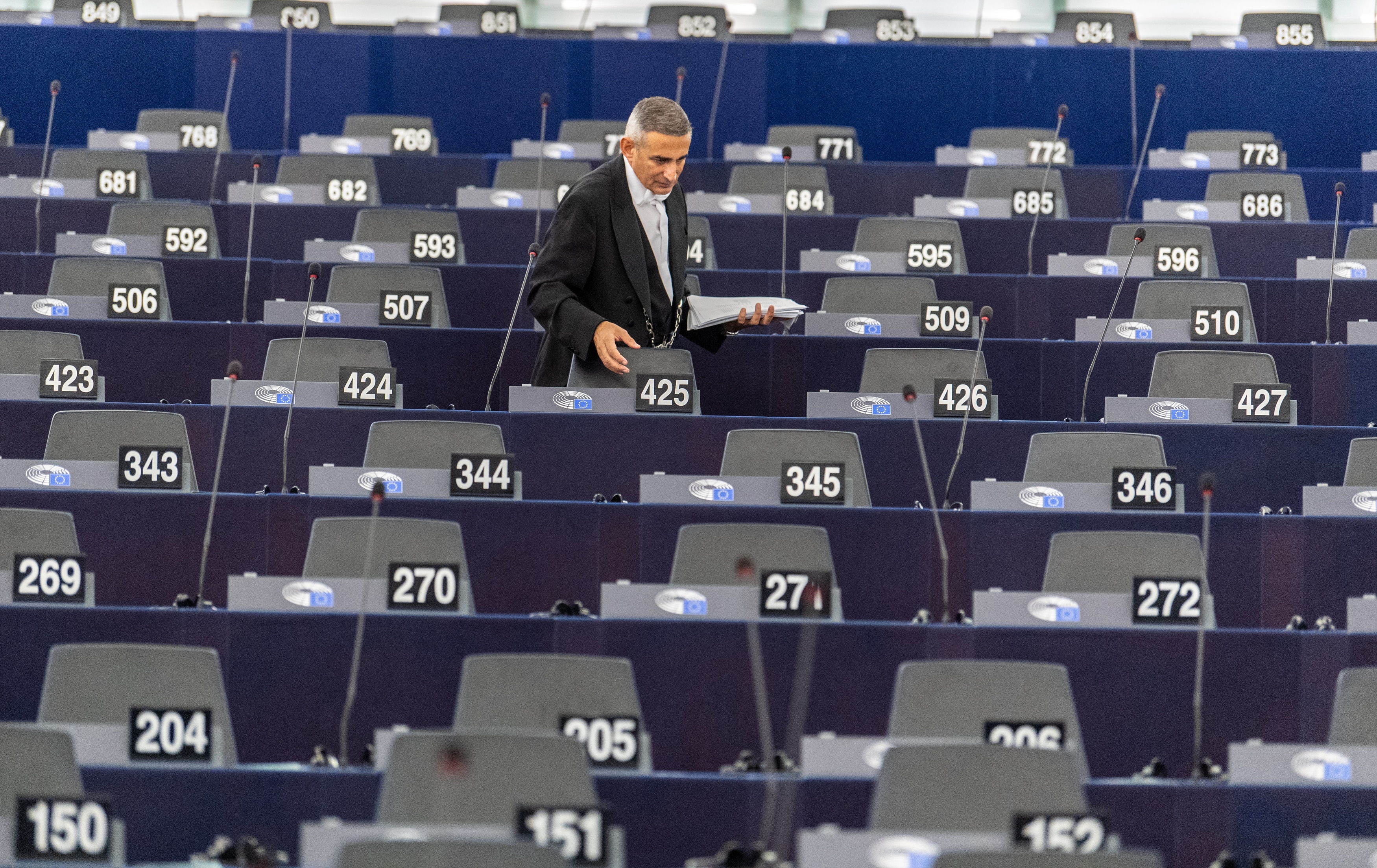 Nearly one year after taking office, Ursula von der Leyen will deliver the State of the Union address to the European Parliament on September 16.

It has been a turbulent year, as Europe resurfaces from the first wave of the COVID-19 pandemic. Looking back at the EU’s very first State of the Union speech, a tradition introduced in 2010 following the Lisbon Treaty, José Manuel Barroso’s words may well have struck a chord with leaders today. Whether it is a looming debt crisis in the years after the global financial crisis or a health crisis with unprecedented and far-reaching consequences, the challenges Europe continues to face will require a strong sense of solidarity and cooperation.

While the rebound will no doubt be a gradual one, time is running out for leaders to agree on a recovery plan and financial framework covering the next seven years. Europe’s recovery and future rely on a comprehensive and ambitious budget plan embodying the principles of cohesion, solidarity and upward convergence. Meanwhile, reducing funding for both existing and prospective EU programmes could be highly damaging to Europe’s already weakened societies and economies.

As Europe continues to grapple with the aftermath of the health crisis, leaders also hope to finalise a number of long-awaited deals and packages aiming to strengthen democracy, mitigate climate change, enhance Europe’s digital sovereignty, manage migration and asylum, and reinvent Europe’s role on the world stage.

However, a lot more is at stake, and now is the time for leaders to channel the lessons learned from the past several months into effective policies and bold proposals for Europe. A health crisis cannot be banished behind borders; the sooner national governments realise this, the less damage will be done to the internal market and Schengen area.

The pandemic has affected individuals and communities differently. As inequalities widen, it would be a mistake to leave behind the people who have been the most vulnerable. Though the crisis may compel us to concentrate on our internal challenges, we should not turn our back on those at our borders who may face greater safety risks and marginalisation.

While the health and economic dimensions of COVID-19 may take centre stage in President von der Leyen’s address, the pandemic’s impact on democracy, rights and freedoms in Europe will also play a significant role. It is time for the EU to come to terms with the fact that democratic backsliding, rule of law breaches and declining civic space, inside the EU and beyond, are a clear and present danger – and may even be amplified during the crisis. The EU’s efforts to hear out citizens on these matters have only further highlighted the importance of European cooperation and actions to protect pluralism and diversity in Europe.

As health emergencies can put the spotlight on some of the weaknesses of democratic systems, the pandemic can be an opportunity for the EU to rethink the mechanisms it has in place to protect the values enshrined in Article 2 of the TEU and enhance them by creating one single framework of a fully-fledged rule of law mechanism.

The EU and its leaders find themselves in a vulnerable, yet very powerful position. Vulnerable because the pandemic is far from over and the policies that are decided on today will affect Europe’s society and economy in the years to come. But also powerful, if one considers that the EU and its Member States have, so far, managed to navigate a global pandemic of unprecedented scale. This crisis can serve as a fresh start, as an opportunity for all Europeans to come together and share their vision for the future.

Europe has evolved since the first State of the Union speech a decade ago, but just like in 2010, a crisis can be a catalyst for our societies to grow closer, for policies to be more effective and inclusive, and for our visions and ambitions to become reality. By working in unison and channelling the lessons learned from the crisis, Europe can emerge from this pandemic more resilient and united.

It is now up to leaders to listen to citizens and deliver.

This piece is based on the EMI Policy Position “A European Union Response to COVID-19 “, which brings together the views of EMI member organisations for the post-COVID EU.

USA vs China: The new cold war on the horizon |...

Share of women in management of state-owned companies to increase to...