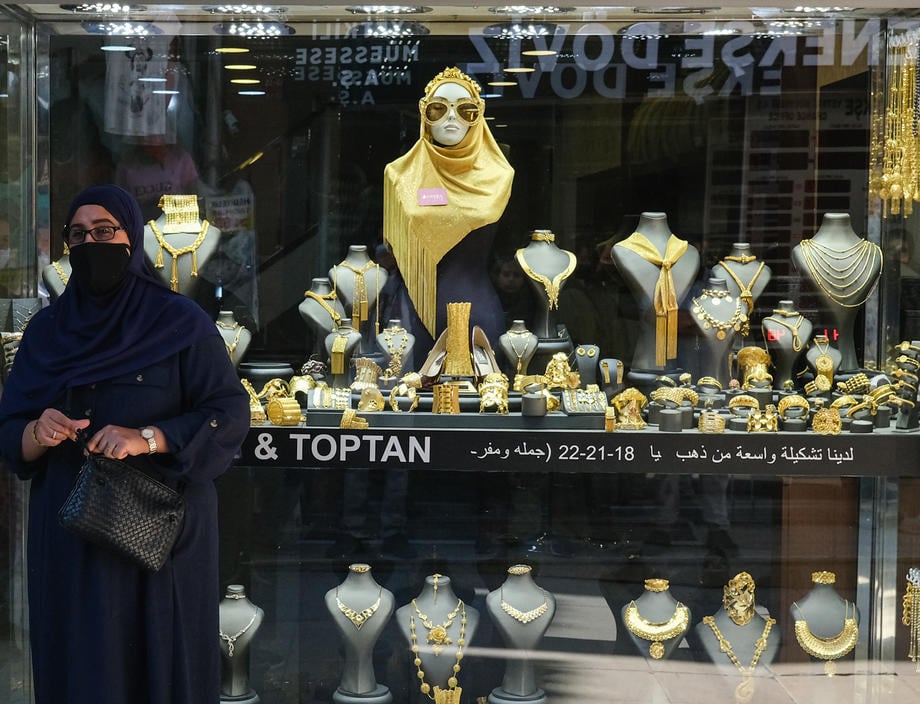 The deplorable economics of Turkey have led the country into a path of catastrophe, which under ordinary conditions cannot be reversed. The economic situation is much worse than what the government claims and there are no credible official statistics as to unemployment and family incomes. The government keeps such figures secret, and this is enough to indicate that the situation in Turkey is really bad. The problem is that besides the state, which is already bankrupt, ordinary, middle class families are driven to bankruptcy. Indeed, families that constituted the then rising middle class of Turkey as a result of the late President Turgut Ozal policies, are now starving and they are liquidating the jewels of the house to purchase food. However, for how long?

Over a year now, the economic and social situation in Turkey is deteriorating, and ordinary Turkish  middle-class families all over the territory, begun massive sales of family jewellery – the traditional way of savings in the Muslim world. There is an old Muslim custom, which has become tradition and ordinary Turks follow: to invest family savings in gold.

Gold was chosen for two reasons. In areas of permanent instability, it had a standard value, and, since the logistics of the house were always kept by the women of the family, they were investing in golden bracelets, which they were carrying in their hands (and feet when they had many) all times, even when sleeping.

The reason was that in the Muslim world divorce was an easy thing. It was the prerogative of the husband only who could, at will, call his wife at any time and tell her three times the word “muta” (I divorce you). No explanation was needed and once a wife was getting three “muta” was officially divorced and she had to leave the house at once without taking anything, except of what she was wearing. That is why traditional Muslim women, under their long sleeves, have their hands full of gold bracelets, that now are liquidating for food and medicines.

This particularity explains that foreign investment currently made in Turkey are done in the only lucrative business, gold refineries.

President Recep Erdogan, is in a deadlock where from he cannot get out. He opted for the opening of war fronts in neighbouring countries. Erdogan thought that in this way, for flag and country, he would restore national unity and would avoid the further dismemberment of the remains Ottoman Empire that is modern Turkey, with creation of a Kurdish State which any way is in the making.

In this context, Recep Erdogan besides the troops Turkey is maintain in Cyprus since 1974 (about 100,000) has deployed troops in Libya, Syria, Iraq, now Nagorno Karabakh alongside with Azeri forces. Recently, in a desperate move aiming at maintaining domestic control Recep Erdogan rose the stakes and entered into a direct confrontation with the European Union threatening with military action Member State Greece while warning the bloc, that “its cities will not be safe anymore”.

The warning was indirectly yet clearly addressed primarily to Germany where from the five million Muslims living there four million are of Turkish origin, living in ghettos and under the control of Ankara. In Germany there are sufficient numbers of Mosques and Islamic cultural centres capable to act at family levels and all the Imams and Islamic spiritual leaders are under direct control of the Turkish Consulates in Germany.

The situation, however, has now reached a point of “non-plus-ultra” and according to sources close to Washington, it is not ruled out that in the near future, the Turkish military may take the initiative to overthrow the Erdogan regime and normalizing Turkish relations with the USA, NATO and the bloc, avoid the dismemberment of the country, and restoring its long and difficult path to Europe. However, this is the best-case scenario….

President Trump holds a press conference regarding the coronavirus | USA...