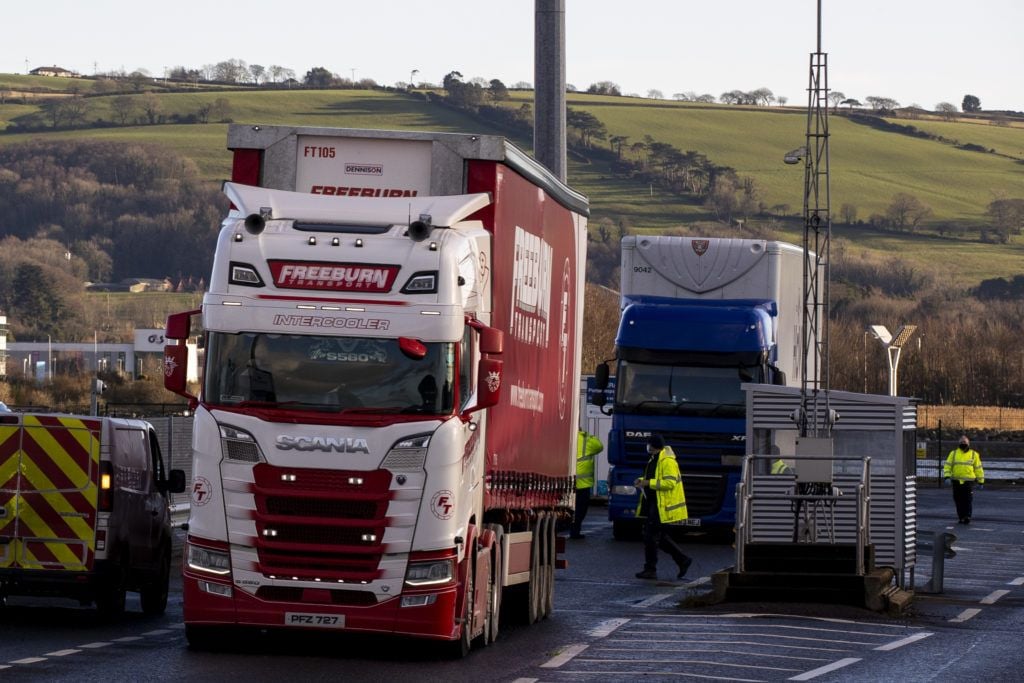 Depleted shelves have been seen in several supermarkets in the early days of the new year as trade from Britain has been affected while firms adjust to new requirements on moving produce across the Irish Sea.

Export health certificates are required for animal-based food products moving from Britain into Northern Ireland as a result of the region remaining in the EU’s single market for goods.

With Northern Ireland also applying EU customs rules at its ports, customs declarations are needed on products being shipped in from the UK.

A UK Government spokesperson said: “A new dedicated team in Government has already been set up and will be working with supermarkets, the food industry and the Northern Ireland Executive to develop ways to streamline the movement of goods in accordance with the protocol.”

Northern Ireland is following some of the EU’s rules to avoid a hard border on the island of Ireland.

It is part of the protocol which the UK agreed with Europe.

The UK Government added: “The grace period for supermarkets and their suppliers is working well, goods continue to flow effectively between Great Britain and Northern Ireland and we are working intensively with industry as new requirements come in.”

Hauliers are spending tens of thousands of pounds bringing empty lorries back to Northern Ireland after outbound deliveries, an industry spokesman has said.

A Sainsbury’s spokesperson said, “A small number of our products are temporarily unavailable for our customers in Northern Ireland while border arrangements are confirmed.

“We were prepared for this and so our customers will find a wide range of alternative products in our stores in the meantime and we are working hard to get back to our full, usual range soon.”

Manufacturing prices fell by 8.4% in July