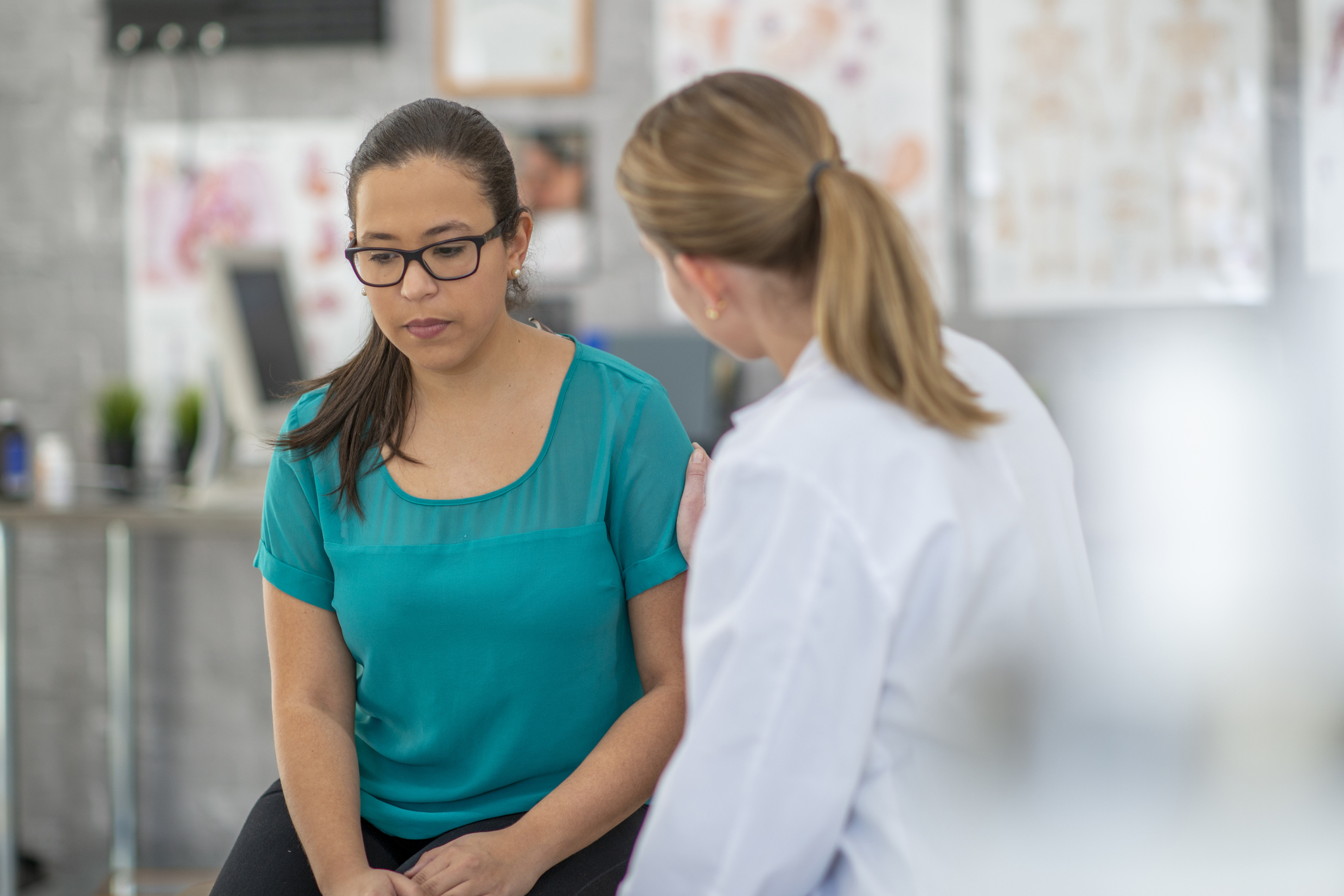 Anxiety disorders are the most common mental illnesses, affecting up to 40% of women and 20% of men in the course of their lifetimes. Women and adolescent girls are at particularly high risk for the development of anxiety disorders, due to differences in their brain chemistry, psychosocial contributors such as childhood sexual abuse, as well as the hormonal effects of estrogen and progesterone. Since anxiety disorders are so common among women and girls, could early detection lead to improved outcomes?

The US expert recommendations

In a recent clinical guideline, the Women’s Preventive Service Initiative (WPSI) recommends screening all women and adolescent girls ages 13 and older for anxiety disorders, including pregnant and postpartum women. The WPSI is a national coalition of 21 health professional organizations and patient representatives that researches and disseminates evidence-based recommendations for women’s preventive health care services. Their universal screening recommendations are based on a systematic review that demonstrates moderate to high accuracy of screening tools, but clearly acknowledges that no studies have evaluated the effectiveness or harms of screening. While these new guidelines recommend a wider net for screening, as a practicing psychiatrist I believe we should not recommend further screening until the potential harms have been evaluated.

Why are the recommendations changing?

Are anxiety disorders on the rise?

According to the media, it seems that anxiety disorders have been increasing in recent years, attributed to various causes: the COVID-19 pandemic, greater performance stress at school or work, social media use, etc. However, we do not have robust epidemiologic data suggesting that the prevalence rate for anxiety disorders has truly increased, due to the imprecision of data collected before the introduction of psychiatric classification systems. Studies conducted with the same population and same methodology over time, such as the National Comorbidity Survey and data from the European Union, have not demonstrated an increase in anxiety disorders. We do know, however, that more individuals are seeking treatment for anxiety, and that more people are willing to speak about their anxiety. We also know that prevalence rates in different countries and cultures are more likely to be due to differences in how the data were collected, rather than due to cultural differences.

As with all other screening tools in medicine, screening tools for anxiety have limitations in diverse populations. Non-Western populations are not represented in the studies used to build screening tools, which results in decreased accuracy in populations in which their use has not been validated. Among people living within the United States, anxiety symptoms also present differently based on ethnic, racial, and cultural contexts; for example, anxiety may present as physical or spiritual complaints. Among immigrants in particular, the effects of migration, legal status, and experiences of discrimination may result in psychological distress and anxiety that are not accurately reflected in anxiety screening tools. The risks of screening for anxiety in populations in whom the screening tools have not been validated include errors in diagnosis and inappropriate treatment (or lack of treatment).

Both the Canadian Task Force on Preventive Health Care and the United Kingdom National Screening Committee do not endorse questionnaire-based screening for mental illnesses, given concerns about potential harms and resource use.

The new WPSI guidelines recommend screening all adolescent girls and women for anxiety disorders. Anxiety disorders are particularly common among women, but they are often unrecognized and undertreated. Universal screening for anxiety in this population may help to identify those suffering from anxiety disorders, resulting in earlier evaluation and treatment. However, future research is needed to evaluate the effectiveness of such screening and to assess for potential harms.

USA NEWS TODAY | Roy Moore Speaks To His Evangelical Base

Wondering about COVID-19 vaccines if you’re pregnant or breastfeeding?