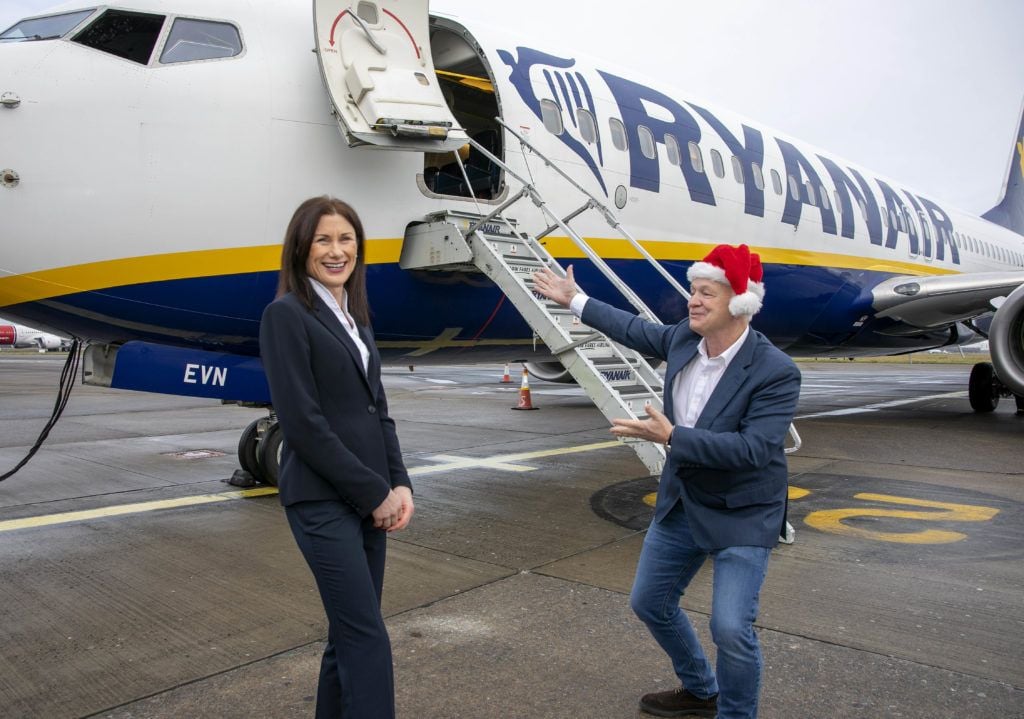 Ryanair will reopen its base at Shannon Airport in April 2021, securing more than 330 direct and indirect jobs.

The airline says the restoration of the base will see it deliver 32 weekly flights across 14 routes during the summer of 2021.

Connections will be offered to holiday destinations such as Faro, Lanzarote, Malaga or Mallorca; business routes to Manchester and London; and other routes including Kaunas, Warsaw and Wroclaw.

Ryanair’s commercial chief had previously said it was questionable whether or not the airline’s hubs at Cork and Shannon would ever reopen, as air travel was grounded across Europe amid the Covid-19 pandemic.

“This is great news for the mid-west in supporting employment particularly within the region’s tourism sector, which will benefit from pent-up demand now that vaccines will be widely available next year,” Eddie Wilson, CEO of Ryanair DAC said.

“Ryanair has a long-standing relationship with Shannon, flying our first passengers from Shannon Airport in 1987.

“The airport has worked tirelessly with Ryanair over the last number of months to secure capacity ahead of next summer, and we’re delighted that this reopening of the Ryanair base will restore Shannon’s connectivity and support the economic recovery of the mid-west.”

Mr Wilson called on the Minister for Transport to “urgently” introduce incentives on airport charges, to support passenger recovery at Dublin and Cork for the coming summer.

The Shannon Group, which operates Shannon Airport, has described the planned reopening of the base as an early Christmas gift.

“The confirmation of one Ryanair based aircraft and 14 routes recommencing at Shannon Airport in April 2021 is an early Christmas present and is a very positive end to what has been an extremely tough year for the airport and aviation,” Mary Considine, Shannon Group CEO said.

“As we rebuild from the devastation of the pandemic this is great news for the regions tourism and business communities who rely on these services for their livelihoods, and the general public who have experienced a very difficult year.

“With the planned roll-out of the vaccines expected in early 2021, people can now begin to plan for a longed-for overseas holiday.”

To celebrate the base’s reopening, Ryanair has launched a seat sale with fares available from €19.99 for travel until the end of May 2021. Bookings must be made by midnight on Thursday on the Ryanair.com website.

Hospitals Overwhelmed As Coronavirus Cases Surpass 100,000 In US | TODAY