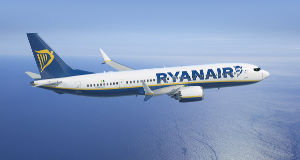 Ryanair has called on the Government to revise its travel Green List to include countries such as the UK and Germany, which currently have lower Covid case rates than Ireland.

The airline said this will allow business to resume in September. Ryanair also criticised what it called the “mishandling of reopening of Ireland’s economy”.

Ryanair previously announced it was reducing capacity on flights in September and October due to a lack of demand.

A spokesperson for Ryanair said the “Green List has failed to prevent the recent surge in Covid cases in Ireland, and since Germany and the UK now have lower Covid case rates than Ireland, it is essential that these large economies are immediately added to Ireland’s Green List, or better still, Ireland’s failed Green List is abandoned altogether for flights to/from the EU and the UK”.

Making the Most of Physical Education

US will block palm oil imports from Malaysian producer amid accusations...

US Election 2020: Obama and Trump in political brawl on campaign...