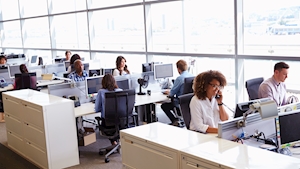 An overwhelming majority of workers want to continue working from home according to a study from NUI Galway.

The research found that 94 per cent of workers want to permanently make the switch to working from home, more than double the amount recorded in a previous survey.

The study also found that 23 per cent of people said the would consider relocating due to the ability to work from home, while 7 per cent have already moved.

NUI Galway Professor Alma McCarthy says there has been a particular jump in the number of people moving to the west.

“The top three regions where [workers] have moved to are the west (Galway, Mayo and Roscommon), south-west (Cork and Kerry) and the mid-west (Clare, Limerick and Tipperary),” said Prof McCarthy.

“For those who are considering, or may consider moving, it’s similar- it’s the west, south-west and mid-east (Kildare, Louth and Wicklow) are the top three regions they would consider relocating to.”

Airlines investigated in UK for failing to offer refunds