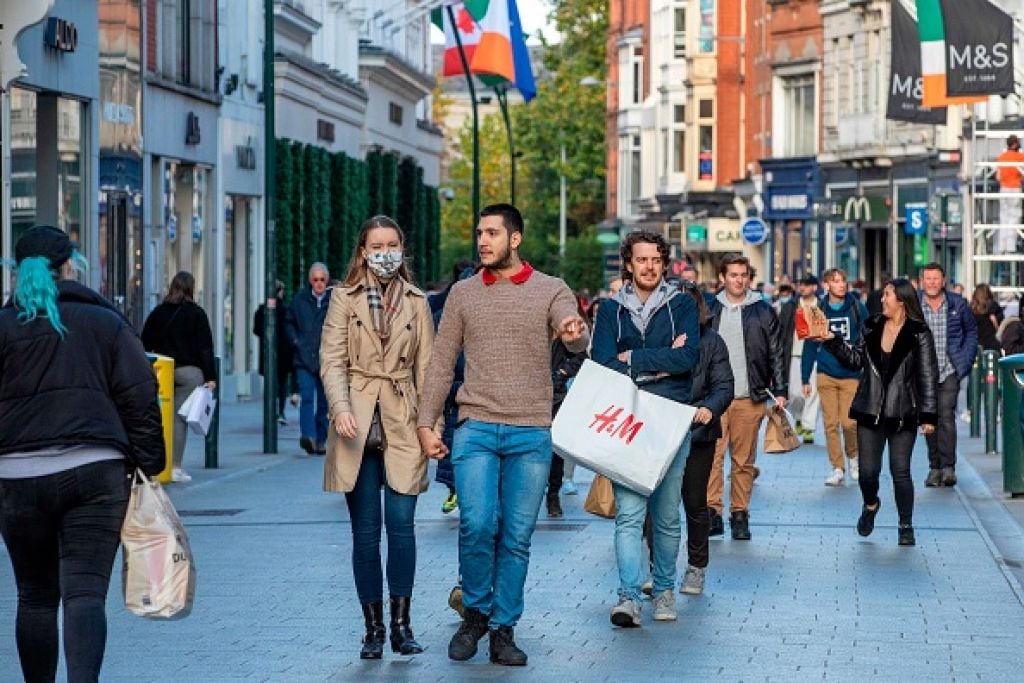 Retail sales volumes fell on an annual basis for the first time in six months after November’s Covid-19 shutdown led to a 4.7 per cent year-on-year drop for that month, data shows.

Non-essential shops, restaurants and bars were shut for the whole of November. They reopened last month in what proved to be a brief respite – the latest surge in infections led to the imposition of an even stricter lockdown at the end of December that ministers say could keep shops closed for three months.

Bar sales fell 91 per cent compared to November 2019, with clothing, footwear and textiles down 58 per cent and department store sales 33 per cent lower. That was partly offset by a 33 per cent jump in electrical goods sales, and rises of more than 23 per cent in hardware and food.

The Central Statistics Office data also showed proportion of retail sales transacted online from Irish-registered companies increased to 12.3 per cent in November, up from 6 per cent in October.

This is below the high of 15.3 per cent recorded in April at the height of the first lockdown, however.

The CSO’s figures do not cover the full extent of online sales here as they do not include transactions with non-Irish-based retailers.