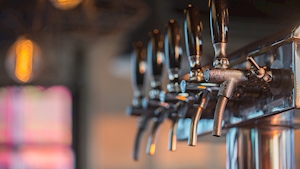 One of the country’s biggest leisure and hospitality groups has claimed in a High Court action against the Government it could suffer losses of more than €20m if the current Covid-19 lockdown measures continue until year end.

Press Up Ltd, which runs 55 businesses including five hotels, 11 bars, 37 restaurants and two cinemas, says it is entitled to an indemnity or compensation from the State for the losses.

It is also seeking declarations against the Minister for Health, Minister for Finance and the State that the lockdown is unconstitutional and a disproportionate interference with its property rights.

Press Up, and 17 associated companies including the Workman’s Club and Elephant and Castle, got the go ahead on Monday from Mr Justice David Barniville for the case to be dealt with through the fast track Commercial Court. The judge gave directions on how it should proceed and the entry into the list was on consent between the parties.

Press Up claims the Covid-19 temporary restrictions and their extensions, brought in under the Health Act 1947 are an unjust attack under Article 30.3.2 of the Constitution (personal and property rights).

It seeks a declaration the Minister for Health “unlawfully delegated or otherwise abdicated responsibility” to third parties, in particular to the National Public Health Emergency Team (NPHET) for the content of the regulations.

It is also claimed the Minister failed to have any or sufficient regard, when making the restriction regulations to statutory criteria and relevant considerations specified by the Oireachtas in the Health Act.

Press Up also seeks a declaration the Minister failed to have any or sufficient regard for relevant guidance relating to Covid risk assessment provided by the World Health Organisation, the European Centre for Disease Prevention and Control, the HSE’s Health Protection Surveillance Centre and others with relevant medical and scientific expertise.

Press Up director Matthew Ryan, in an affidavit, said the group’s financial obligations, including supplier base, debt holders, landlords, employees and the Revenue, all remain to be satisfied despite the law requiring the access to members of the public to its premises be refused.

Since the initial lockdown in March, it has incurred losses in excess of €1 million, he said. Up to September 27th, group turnover on a like-for-like basis had decreased by €1.39 million.

If it continues until year end, the “loss claimed as a result of the enactments will be in excess of €20 million”, he said.

After the March lockdown, employee numbers were cut from 1,719 to 159, although that was increased later to 1,437 under re-purposing and re-opening of certain venues. Since the September 19th Level 3 lockdown in Dublin, the numbers have been reduced to 938.

Intermittent Fasting May Have Health Benefits Beyond Weight Loss | TODAY

5 Reasons Why Finland Is A Global Education Leader

Major disparity in the impact of Covid-19 on the Irish economy,...