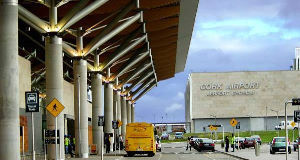 Cork Chamber has said pre-flight testing for coronavirus should be introduced to bring back ‘credible’ levels of passenger numbers of key routes from airports like Cork.

Chamber President Paula Cogan has said mutual agreements should be made with key destinations for advanced testing of passengers at their country of origin.

“Put simply, in order to travel, healthy passengers would have a certificate to hand becoming as commonplace as carrying a passport and boarding card,” she told the Irish Examiner.

Airlines and airports worldwide have been devastated by the collapse in global travel with regional airports particularly impacted. Passenger numbers for July were down by 91% at Cork Airport in what should have been the busiest month of the year.

Cork Chamber said that without a return in air travel numbers, airlines will begin making strategic decisions about where best to position their aircraft. Aer Lingus said it has already put the future of its Cork and Shannon bases up for review as the airline grapples with huge losses and seeks to lay off up to 500 staff amid the Covid-19 economic crisis for aviation.

“Without viable levels of passenger numbers the already fragile airline operators will make cold strategic decisions regarding the positioning of their fleet,” Ms Cogan said.

“Steps must be taken to support the return of credible levels of passenger volume on our key commercial routes.”

“Carefully implemented, pre-travel testing could be a differentiator that puts Ireland and partner countries in a leadership position. It is not a short-term support, it is a new way to travel as the pandemic continues to ebb and flow in locations worldwide.

“Complemented by a green list, and random on-arrival testing, a robust trifecta would be in place providing a workable solution from both a public health and connectivity perspective.

“As we now transition from the current leisure season to traditionally business-orientated winter months, marketing, capital and travel measures are not just essential for the hospitality and tourism sector but for our international business competitiveness and reputation.”

Breakthrough for human rights in trade