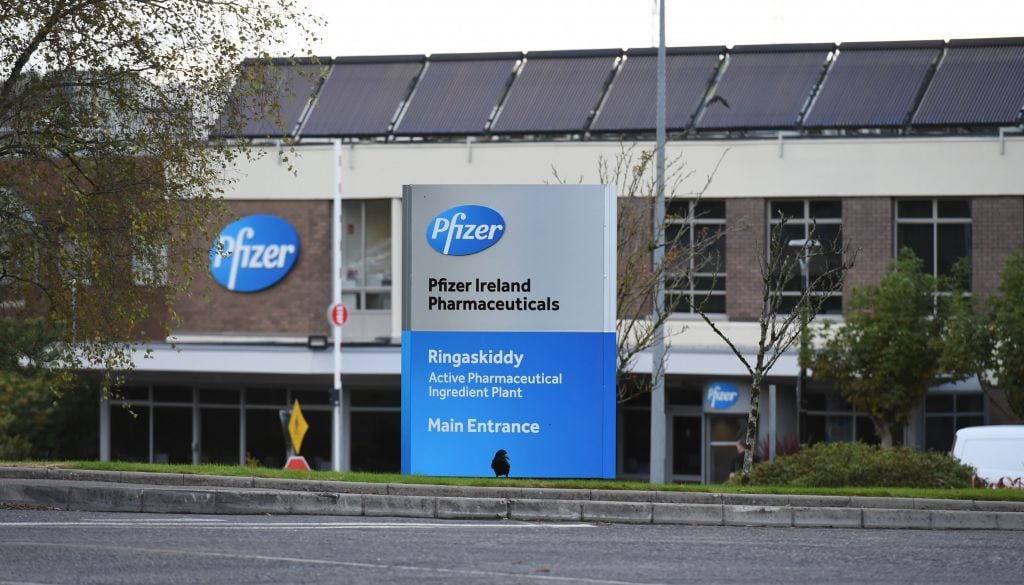 Pfizer has announced it is investing €300 million in its Irish operations to support the further development of existing manufacturing sites in Grange Castle, Newbridge and Ringaskiddy.

The investment will also results in 300 new jobs, with additional anticipated construction roles in Ringaskiddy, Co Cork. Pfizer said the investment and roles will be rolled over the next two to three years.

They also said that part of the investment includes the initial stage of a project to construct a development facility on the existing Ringaskiddy site to manufacture pharmaceutical compounds for Pfizer’s clinical trials globally.

They said it expands Pfizer’s role in Ireland from the manufacture of already approved medicines into supporting the earlier phases of new medicine development.

Speaking about today’s announcement, Taoiseach Micheál Martin said it is a further vote of confidence in the skills and talent of Irish people and that it “provides a very welcome boost to the economy.”

“Pfizer’s footprint in Ireland was first established in Ringaskiddy in Cork in 1969, marking the beginning of a new era of pharmaceutical investment in Ireland. “

“Pfizer has an extensive global and U.S. footprint with operations in over 125 countries worldwide and we are very pleased with today’s announcements which will strengthen our Irish operations and bring our total headcount in Ireland to 4,000.”

He added that it is exciting that the Ringaskiddy site has been chosen as the location to “manufacture investigational compounds for our clinical trials globally and we look forward to seeing that new facility become operational.”

The Education of Mohammad Hussein