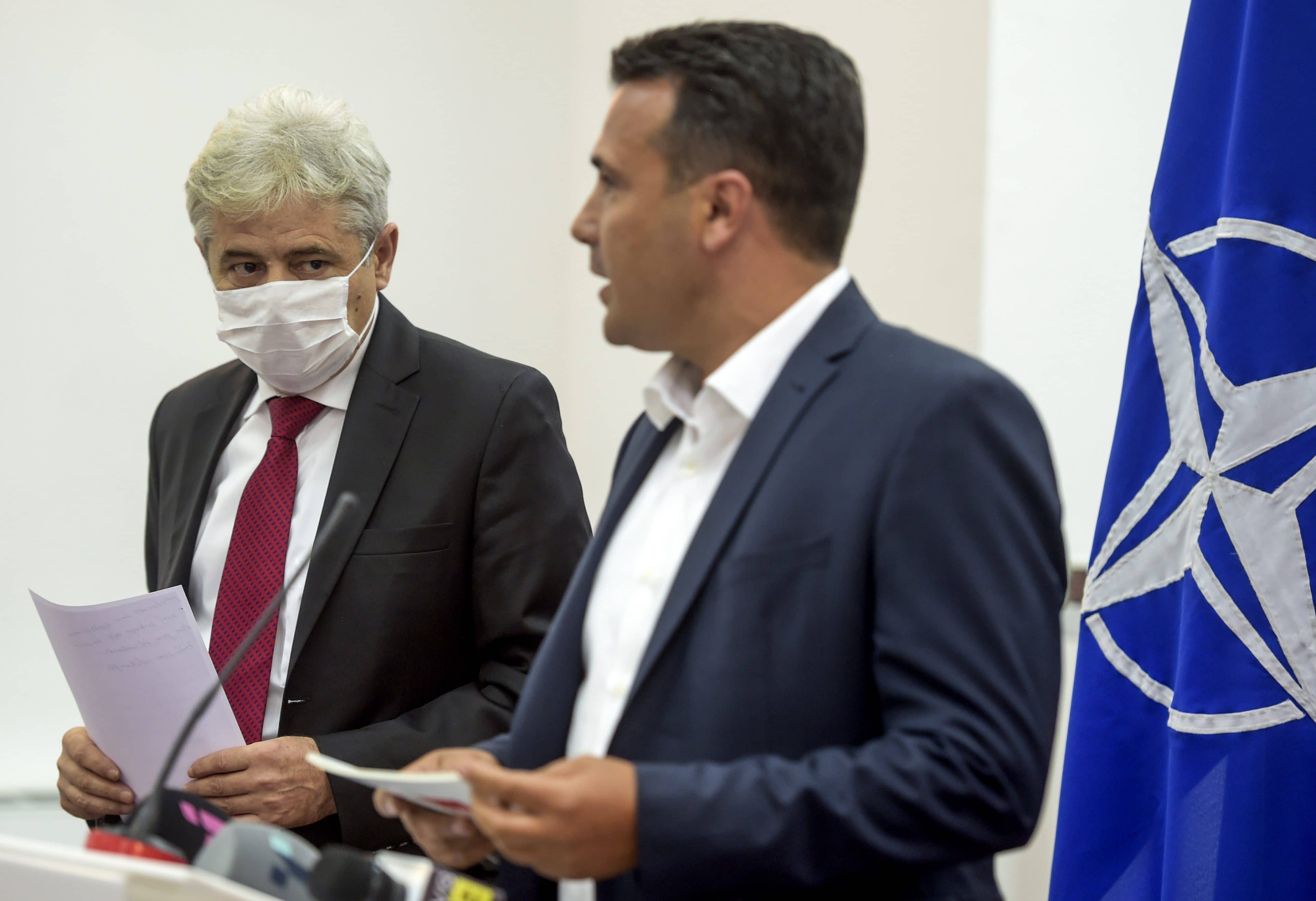 Once again, to the delight of North Macedonia’s Western supporters, Skopje has a new coalition government that looks very much like last year’s pre-election government, with Zoran Zaev returning as prime minister.

Zaev and Ali Ahmeti, the head of the Democratic Union for Integration (DUI), announced on August 18 a power-sharing deal had been agreed by both parties, essentially mirroring the coalition arrangement existing before Zaev resigned in January and called elections.

Coalition building took more than a month after Zaev’s Social Democratic Union of Macedonia (SDSM) won a razor-thin electoral majority in the country’s July 15 parliamentary elections, postponed due to the COVID-19 crisis. The SDSM won 46 seats, thus requiring it to reach a coalition deal to create a majority in the country’s 120-seat Parliament. With the DUI and one independent Albanian MP, the coalition will have 62 seats.

Going into the election, the DUI had been demanding that an ethnic Albanian become prime minister to acknowledge and expand existing power-sharing arrangements with the country’s large Albanian population, known to be at least 25% but possibly as high as 35-40% (a new census which could answer this extremely sensitive question has been repeatedly delayed).

Under the innovative agreement that both parties have reached, Zaev will be named prime minister almost immediately but he will transfer the prime minister’s position to an ethnic Albanian proposed by DUI a hundred days before the next election.

North Macedonia’s parliament will have to invalidate a 2015 mechanism requiring a caretaker/service government take over a hundred days ahead of parliamentary elections.  That arrangement had been brokered by the European Union to resolve a dangerous political crisis in 2015. At this point we have no information as to whether Brussels approved these changes or was even informed they would be coming.

Most analysts are viewing the coalition deal as the hoped-for victory for the West and a loss for Russia and other external actors who sought to expand their influence at the expense of NATO and the EU.

Back to first gear in Skopje

Reviving the economy and accelerating North Macedonia’s Euro-Atlantic trajectory are known to be Zaev’s top objectives.

A caretaker government has been running North Macedonia since Zaev resigned, as he had promised, from his post in January after the EU failed in October 2019 to provide a start date for accession talks. French President Emmanuel Macron had blocked further EU Enlargement until significant reforms were made in the accession process, most notably that the process would actually become reversible to prevent democratic backsliding in candidate countries, instead of an almost automatic, but sometimes excruciatingly slow, entry guarantee.

That procedural issue was resolved in Brussels in March and the green light both North Macedonia and Albania had long sought to begin accession negotiations was approved.

The formal accession negotiations will begin with the EU this fall, a priority for Berlin under the German Presidency of the EU Council.

Zaev can claim credit for resolving the “Name Dispute” with neighboring Greece and negotiated the final details of the so-called Prespes Agreement with then-Greek PM Alexis Tsipras in June 2018, which was ultimately ratified in both countries by the beginning of 2019.

The country then formally changed its name from Macedonia to North Macedonia, and the transition in all official documents is ongoing. Use of the adjective “Macedonian” to describe the citizens of North Macedonia in various fora remains a flashpoint.

The conservative Greek government of Kyriakos Mitsotakis, elected in July 2019, which fought hard against ratification of the Prespes Agreement while in opposition, now tolerates it as a pre-existing international commitment of the Greek state and has promised to support Skopje’s efforts towards EU integration, engaging in a positive manner in Brussels where possible.

Zaev had also previously signed a friendship deal with neighboring Bulgaria, removing another impediment to prepare for EU membership, but nationalist voices in Bulgaria are still working hard to keep controversies regarding the “Macedonian” identity alive.

Boost your preparation in Higher Education for UGC NET | Gradeup...