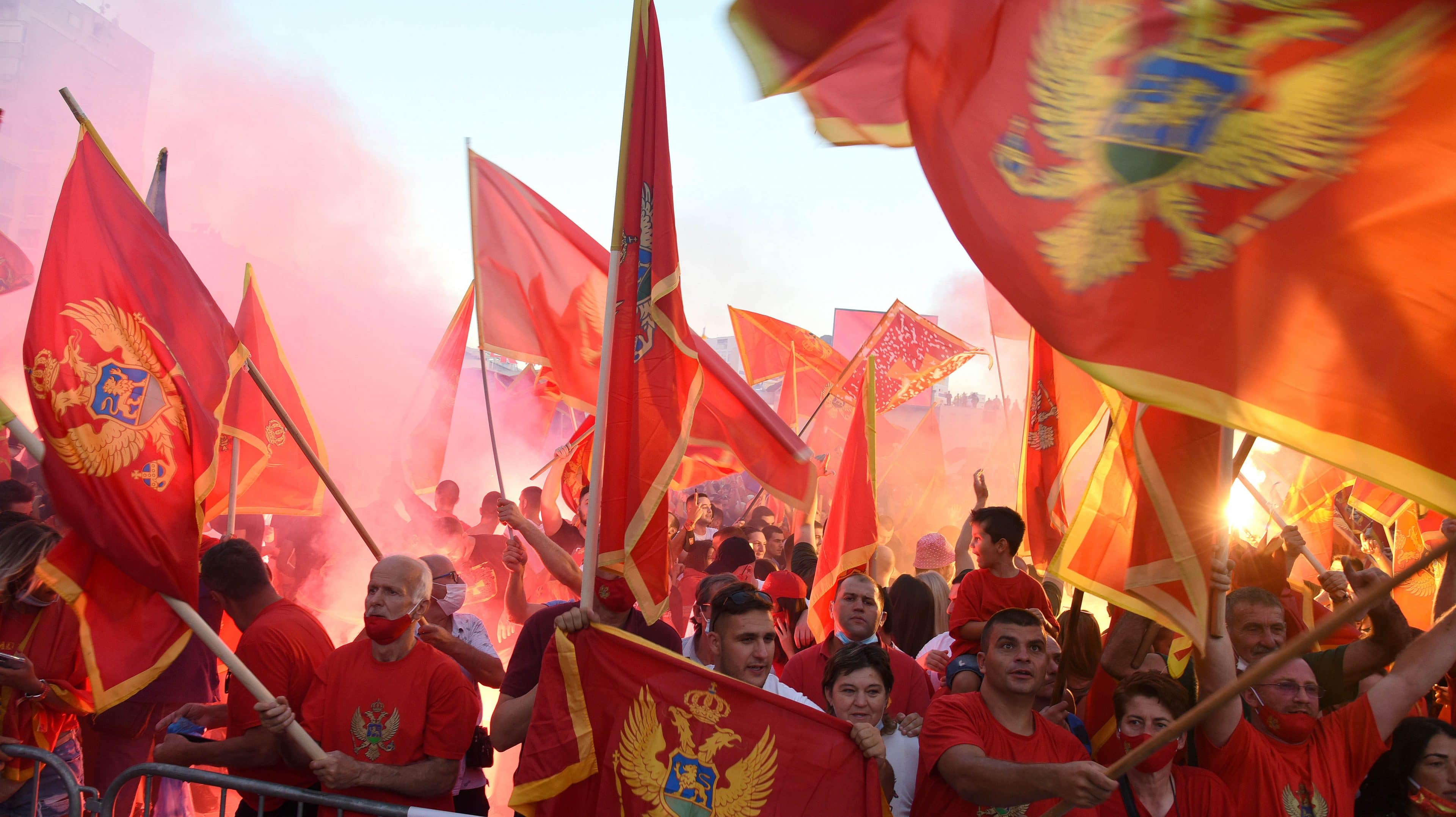 Thousands of protesters took to the streets of Montenegro’s capital Podgorica on Sunday evening to reject the use of Serbian national symbols by opposition parties that won elections last week.

The participants waved national flags and shouted: “This is not Serbia” and “We do not give away Montenegro”.

Three opposition alliances won 41 of the 81 seats in the August 30 parliamentary election. The main alliance, For The Future Of Montenegro, which won 32% of the vote, seeks closer ties with Serbia and Russia and is backed by the Serbian Orthodox Church. Another two alliances,-Peace Is Our Nation and the Black And White alliance, won 12.53% and 5.53% of votes, respectively. They said they would join pro-Serb parties to form the government.

After the breakup of Yugoslavia in 1992, Serbia and Montenegro formed a federative state, called Serbia and Montenegro, until they each became independent with a referendum in 2006. However, about 30% of Montenegro’s population still identify as Serbs and some nationalists deny a separate Montenegrin identity.

Biden is facing a showdown on Iran sanctions