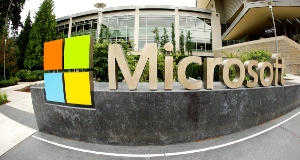 Microsoft says it has resolved a major outage to its Microsoft 365 services that impacted users of business products including Outlook and Teams.

The company said it has rolled back an update to its services, which had likely caused the disruption. Microsoft did not disclose details on how many users were impacted, but outage tracking website Downdetector.com showed that at its peak nearly 8,000 individuals reported issues with Teams and Outlook on late Monday.

The issue, which persisted for several hours Monday night, had caused an uproar on Twitter, with several users complaining that the outage meant they could miss their job interviews and deadline for college assignments.

Learning Science For Kids With Blippi | Educational Videos For Kids

Poland wants to catch the wind of Baltic Sea

About 695,000 UK jobs lost in first five months of pandemic