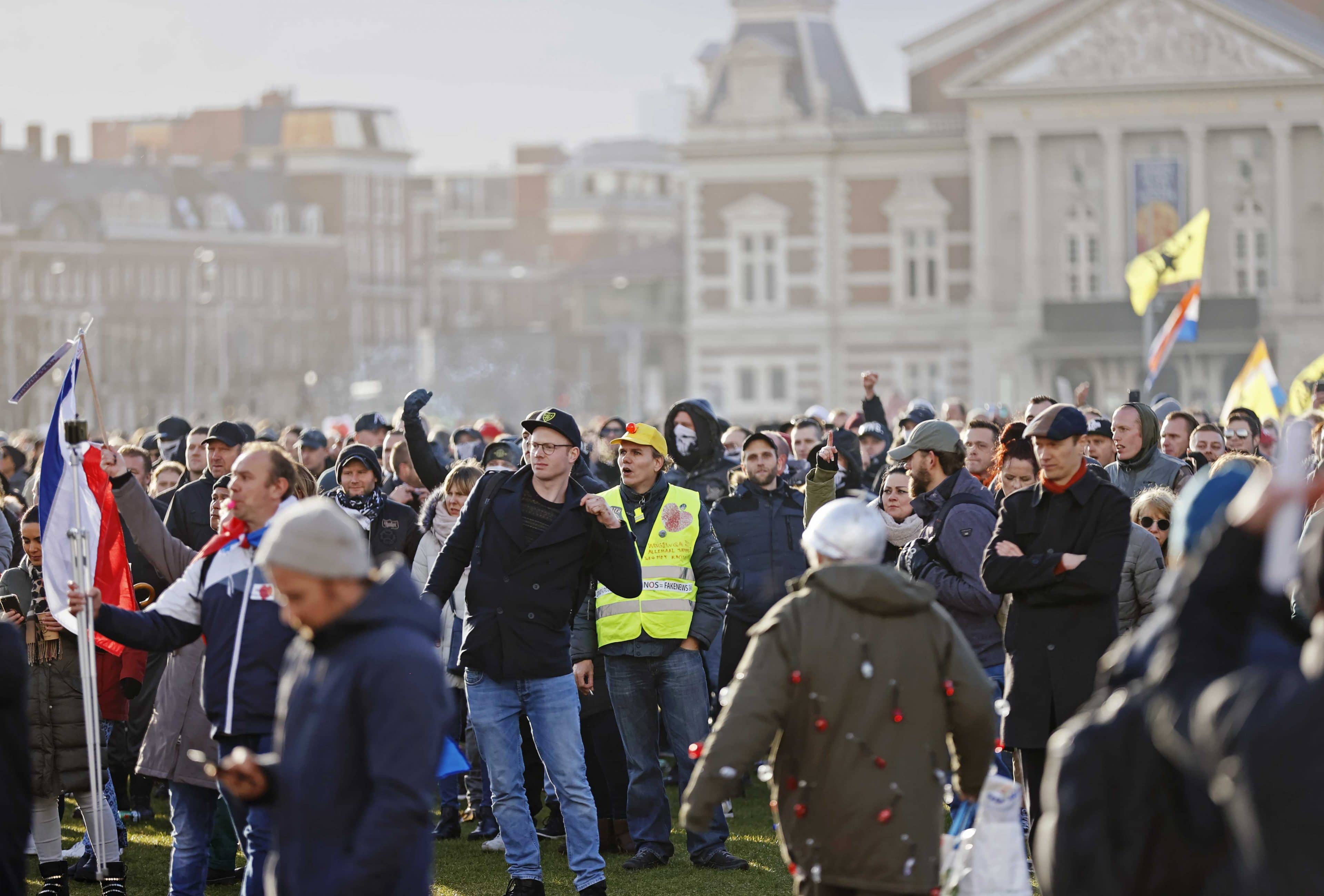 Thousands held an unauthorised protest in Amsterdam on Sunday against a nationwide lockdown imposed to curb the spread of Coronavirus, set to remain in place until at least February 9.

Demonstrators gathered on Museumplein, a square in front of the Rijksmuseum and Van Gogh Museum art galleries but the municipality blocked the plan, demanding that it moves to the Westerpark. Although the anti-lockdown rally was eventually cancelled by the organiser, vaccine sceptics still came, carrying signs reading “Freedom” and “Vaccine=Poison”.

Demonstrators were seen without wearing a face-mask, as its use is not mandatory in the open-air, and without maintaining social-distance measures. Police officers asked demonstrators to leave, however their orders were ignored and fireworks and bricks were thrown at them. To disperse demonstrators, police officers used water cannons and around a hundred were arrested, according to local media.

“Because of the danger to public health, it is important that everybody sticks to the measures in force. The demonstrators are not doing that,” the municipality said in a tweet on Sunday.

The protest came two days after the country’s Prime Minister Mark Rutte along with his cabinet resigned over his government’s mismanagement of childcare benefits, after a parliamentary inquiry found last month that it had led thousands of families to financial hardship.

How to Think for Business Success by Sandeep Maheshwari

Tikhanovskaya asks OSCE to help her return safely to Belarus