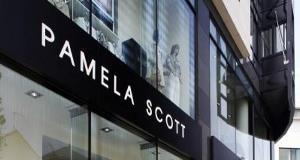 Provisional liquidators have been appointed by the High Court to two related companies that operate 13 fashion retail stores in Ireland.

The firms are Arzac Developments Ltd which operates 10 of the Pamela Scott stores in Ireland, and Richard Alan & Co. which has three stores.

The two firms, which are both owned by Dublin registered Flairline Fashion Ltd. employ 104 people.

Seeking the winding up orders the firms said that in recent years they have been experiencing a challenging environment due to changes in customer shopping habits, and increases in operating costs.

However their difficulties have been exacerbated as a result of the Covid-19 pandemic, and the firms were now insolvent and cannot continue to trade.

The court heard the companies sought to be liquidated after coming under pressure from landlords, changes to the wage subsidies scheme, a sustained reduction in footfall, and further restrictions expected imminently due to the increasing number of Covid 19 infections.

Represented by Ross Gorman Bl the companies say that after considering all the options available it is in the best interests of all creditors that the firms be wound up in an orderly fashion.

To accomplish that the winding up process should be overseen by experienced insolvency practioners Mr Richardson and Mr Barrett, counsel said.

Both companies were reliant on Flairline for services including administration, financial and business support. The firms, counsel said, can no longer rely on these services form its shareholder and their financial situations continued to deteriorate.

The directors of Flairline are all members of the Barron family, and the company secretary is John Barron of Grove Lawn, Blackrock, Co Dublin.

After appointing the provisional liquidators, the Judge adjourned the cases to a date in November.

Two of the Abstract Purposes of Law Education