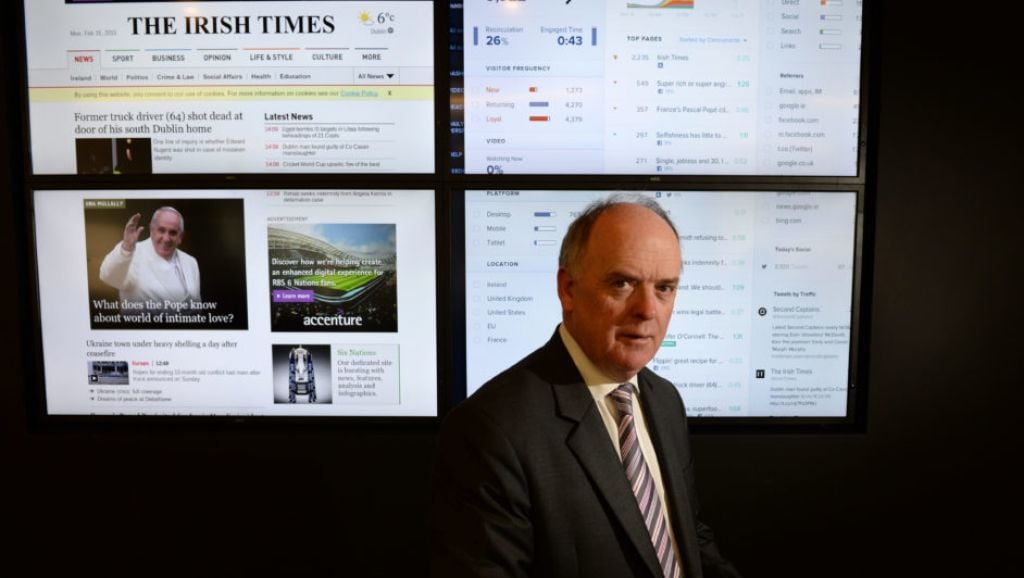 Liam Kavanagh, managing director of The Irish Times Group, has announced his decision to retire from the company after 20 years with the group, including a decade in his current role.

In a note to staff, Mr Kavanagh said he was “honoured” to have played a role in developing The Irish Times over the past two decades.

“Our strategic focus in recent years has been on building direct relationships with our readers,” he said.

“Following our decision to acquire the Examiner Group in 2018, I believe we have created a stable, combined group with a strong balance sheet and an ideal platform to build and grow in the future. It’s now time for me to pass the role to a successor who will take the challenge from here.”

Dan Flinter, chairman of The Irish Times board, thanked Mr Kavanagh for his “outstanding leadership” of the company. “Liam has led the organisation through an extraordinary time of change within the media industry and is leaving The Irish Times Group in an excellent position in the marketplace where we are well-placed for the future.

Mr Flinter said the board of The Irish Times would now commence a recruitment process, with Mr Kavanagh continuing to lead the organisation until a successor is appointed.

Mr Kavanagh joined The Irish Times as chief financial officer in September 2000 and was appointed to the board the following year, becoming company secretary in 2002.

In 2006, he was appointed deputy managing director before taking on his current role four years later. He is a former president of Dublin Chamber of Commerce and has served on the board of the World Association of Newspapers and the European board of industry group INMA.

Mr Kavanagh is a current member of the management board of industry lobby group NewsBrands, a director of Barretstown, and a member of the finance committee of Trinity College Dublin.

Blippi Visits The Aquarium | Educational Fish and Animals for Kids...