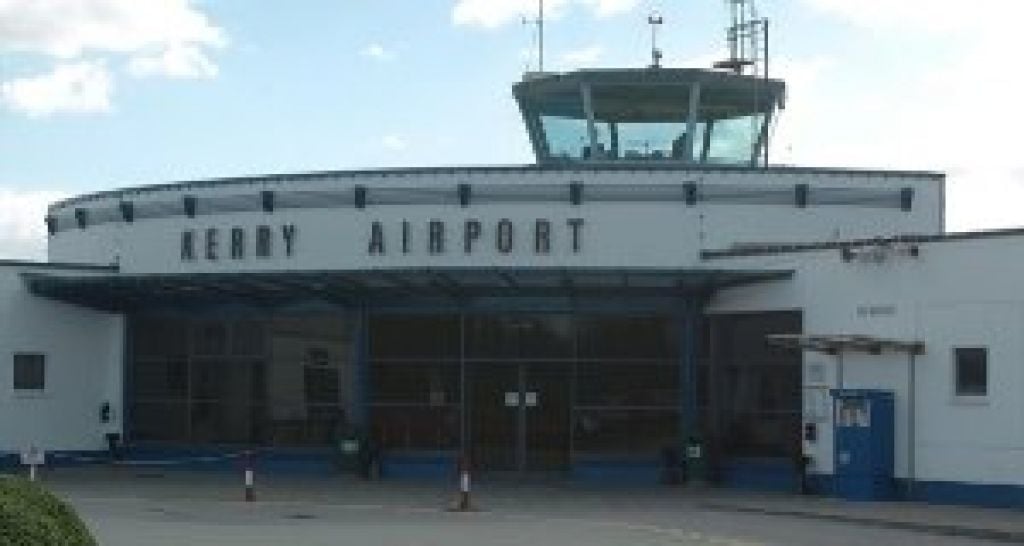 Kerry Airport has announced this morning that it is to shed “a significant number” of its staff.

Around 30 people, or half its employees are affected and are to be placed on temporary redundancy from November 16th,for at least four weeks.

The airport has sounded increased warnings in recent months, but has remained hopeful there will be some upturn for Christmas with homecoming emigrants.

The decision  to shed staff follows the announcement by Ryanair to cease all flights from Munster from November 14th.

The public limited company owned airport with links to London, Germany and summer destinations in Spain and Portugal, has suffered a dramatic collapse in business because of Covid- 19.

The airport is overwhelmingly dependant on Ryanair and the airport’s remaining London flights, which had previously been cut will now cease entirely.

The airport will remain open for the twice daily subsidised regional Dublin-Kerry flight, which is its only remaining scheduled service.

Management have advised staff that to stem further financial losses “a significant number” would be placed on temporary redundancy.

In a statement on Friday they said “The airport will remain open throughout and beyond the current Level 5 restrictions to service the Kerry-Dublin PSO flights, but the four-week cancellation of all Ryanair flights has led to this unfortunate decision.

“Every effort has been made until now to minimise the impact of the financial losses associated with this downturn in activity.

“Unless we take this action, Kerry Airport will not be in a financial position to withstand this prolonged decline caused by the Covid-19 pandemic.”

Meanwhile, chief executive John Mulhern said.”Every avenue to prevent the decisions I now make have been exhausted and I sincerely thank every one of my colleagues for the efforts they have made to keep all our operations in place since March.

“I fully understand how upsetting this news is for everybody and this is certainly a day we all fought so bravely to avoid,” Mr  Mulhern said.”

The duration of this layoff is uncertain at present and may well extend beyond 4 weeks, while a cohort of people who remain will cover multiple operational requirements, he said.

The airport did manage to retain all of its 67 staff during the last lockdown.

Number of officials in Kazakhstan will decrease 25% by 2021

OneNote for iOS and Mac lets you attach files

Donald Trump’s net worth falls by €253m in a year