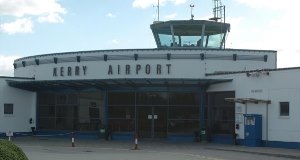 In what is “a remote memory” 2019 was a good year for Kerry Airport with passenger numbers of almost 370,000, according to the annual report of Kerry Airport, to be presented this afternoon to sharehodlers in Tralee.

Chief executive John Mulhern outlined how the 2019 performance was an increase of over 3,000 people on a very strong 2018 for the private regional airport. The airport made a profit of over 1 million euro – but only after crediting the receipt of significant grant funding from the Department of Transport, Tourism and Sport.

The routes that performed the best were the subsidised Kerry-Dublin route with over 58,000 passengers and the London –Stansted and London-Luton routes, along with the German Frankfurt-Han route.

However since the Pandemic there has been a huge downturn in traffic and in connections. Ryanair flights alone are halved even since the airport resumed in July.

In accordance with Government guidelines the airport had reduced its activity during the lockdown and was only open for emergency services and the Dublin flight, which is used for health as well as business travel.

An air of uncertaintity now surrounds the highly prized airport, according to the document

“The duration and impact of the Covid-19 pandemic, as well as the effectiveness of the Government response remains unclear at this time,” shareholders were also told.

Only 808 passengers had passed through the airport during the second quarter of 2020 compared to 102,534 in the same period of 2019, according to an earlier statement from the airport.

Manchester and |Berlin routes were removed from the autumn schedule by Ryanair while the Kerry to Alicante flights have also ended earlier than anticipated.

Business and Marketing degree, this September at TKH

Checkout-free payment technology to be tested at Spar Ireland