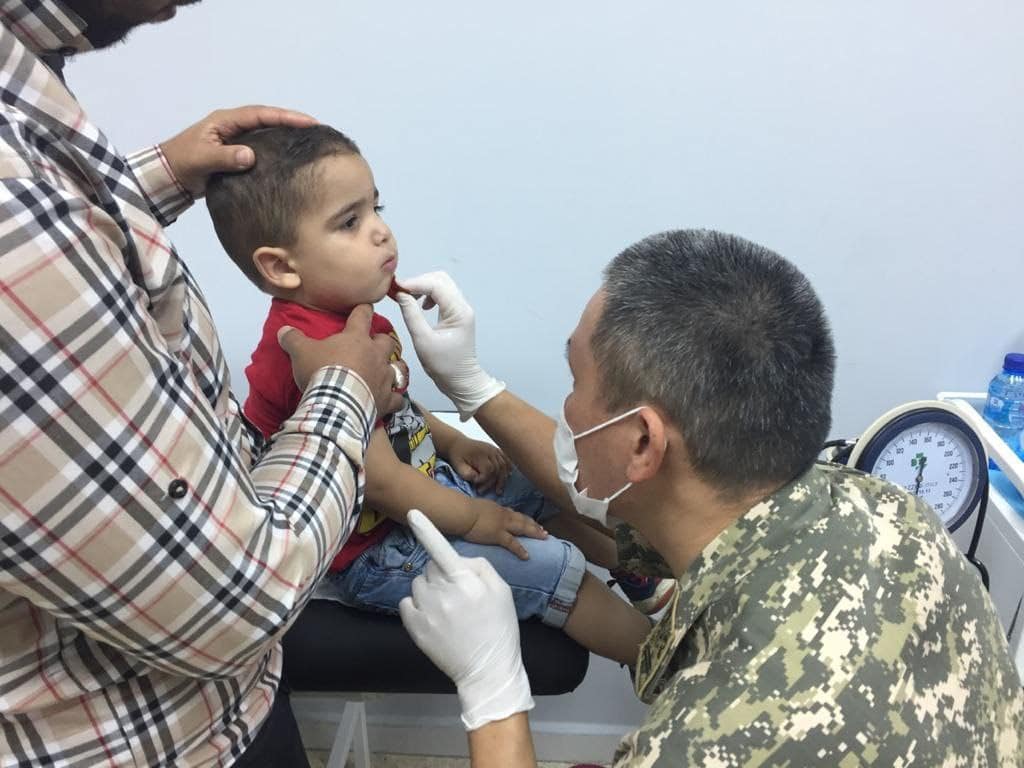 NUR-SULTAN, Kazakhstan – Kazakh military doctors provide medical care to patients in hospitals in the cities of Beirut, Bouar, Mashgar and Sayda in Lebanon, the press-service of the republic’s defense ministry said on August 18.

“From the first days of work, the military doctors of Kazakhstan received hundreds of Lebanese citizens. They work on the basis of a military hospital and municipal hospitals, together with their Lebanese colleagues,” the Defense Ministry said.

Among those who applied there are patients who found themselves in the zone of exposure to the blast wave as a result of the detonation of ammonium nitrate.

Kazakhstani doctors are involved in the treatment of injuries that require the help of surgeons, traumatologists and therapists.

Currently there is a Kazakh military medical detachment for special purposes in Lebanon.

On August 4, a powerful explosion took place near the port of Beirut near the Lebanese Navy base, killing at least 170 people. The reason was the detonation of 2,750 tonnes of ammonium nitrate seized by customs in 2014 and stored in a warehouse. The capital of Lebanon is recognised as a disaster area; a state of emergency was introduced in the city until September 18.

Today's Chiropractic HealthNews For You – Wrinkle Creams, Any Value?

Today's HealthNews For You Your Gut The Key To Health