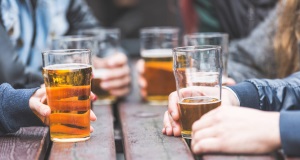 Irish pubs have endured the longest lockdown in the EU according to the Drinks Industry Group of Ireland (DIGI), which has called for a “dedicated and immediate” hospitality support package.

The organisation has compared the lockdown of pubs across EU member states to find that only Romania’s indoor bars also remain shut – though owners have been allowed to serve customers outdoors since June.

The group, representing over 14,000 drinks and hospitality businesses, said that pubs serving food – which were allowed to reopen in the Republic at the end of June – comprise just 40 per cent of pubs across the country and that 60 per cent of Irish pubs have now been closed for more than five months.

It compared this to 13 EU member states, including Germany, Italy, and Austria, where bars were permitted to reopen in May with social distancing restrictions.

It said a further nine member states, including France, Spain, and the Netherlands, permitted pubs and bars to reopen in June, while in Britain pubs were allowed to reopen on July 4th and Portugal reopened its bars later in August.

The group also said that bars in Sweden never closed as it did not impose a lockdown, while bars in Latvia have remained open throughout the pandemic once they have maintained distancing of two metres between customers.

Chair of DIGI Rosemary Garth said the lockdown of pubs in Ireland is unprecedented: “Irish pubs have endured the longest lockdown in the EU, losing half a year of business.

“The Government has so far failed to provide them with any kind of reassurance, certainty, or long-term support. For many publicans, the situation seems hopeless… many expect to be closed.”

DIGI is now calling for a dedicated pub support package to be announced immediately, along with a 15 per cent reduction in excise tax on alcohol in Budget 2021 as Ireland’s tax is the second highest in the EU.

The group has said many problems face publicans when their premises are permitted to reopen, with almost half having taken on at least €16,000 in debt since the lockdown began, with one in five taking on more than €30,000.

“Government support next year will be too late; the damage will have been done. The drinks and hospitality sector needs financial support now,” Ms Garth said.

“Without it, pubs will reopen with the second highest excise tax in the EU and we risk permanently losing hundreds of businesses and thousands of jobs, just as we did in the 2008 recession.”

“Irish pubs are generally small businesses with modest revenues. 90 per cent of pubs are located outside of Dublin, where they provide a place for their local communities to come together and socialise. They are key parts of our tourism product and our national culture,” Ms Garth said.

The latest political news on 'With All Due Respect'

Building a Gimbal in Rust: An Introduction

The Ideal Length of Everything Online, Backed by Research