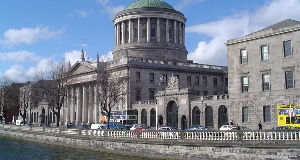 An interim examiner has been appointed by the High Court to the Cara group of pharmacies, which employs over 160 people.

The group’s directors are former Dragon Den star Ramona Nicholas and her husband Canice Nicholas, who had opposed the application.

The application for the examiner’s appointment was sought by Elm Corporate Credit DAC, which is the group’s lender and is its largest creditor.

Rossa Fanning SC for the lender said the group had been loss making every year since 2016, and was insolvent. The best course of action to save the business and the jobs was the appointment of an examiner, counsel said.

Aillil O’Reilly Bl for the company asked the court to adjourn the Elm’s application for the appointment of an interim examiner to the group.

He said the directors were very concerned about the impact the appointment of an examiner would have on the employees and the communities they serve, as well as their own professional reputations.

The court was not prepared to adjourn the application to appoint an Intermin examiner.

Noting the objections raised by the company the judge said his decision “in no way impugns” the directors’ reputations, skills and professionalism.

The judge after appointing Mr Tyrell adjourned the matter for two weeks. Any objections to the examinership process he said can be heard on that date.

When you gotta do a business

How to Update Your Facebook Business Page Cover Photo