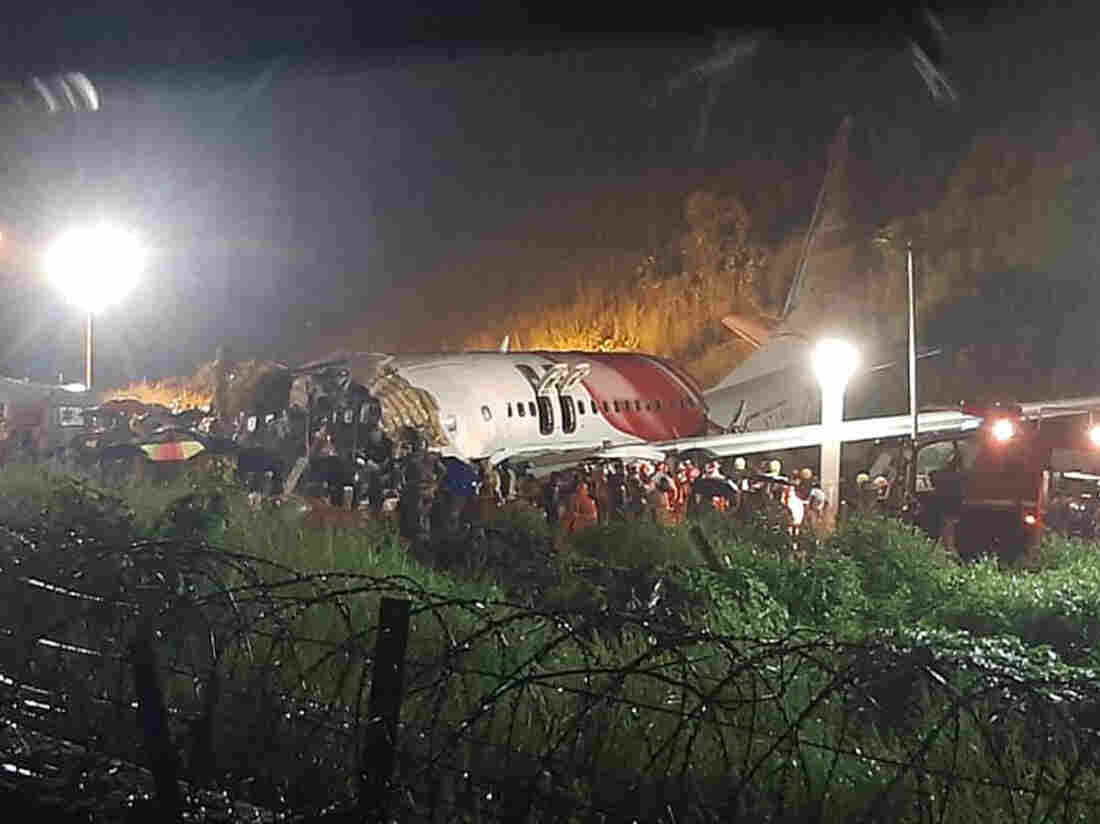 The wreckage of an Air India Express flight after it skidded off a runway Friday night at Kozhikode International Airport in the Indian state of Kerala. 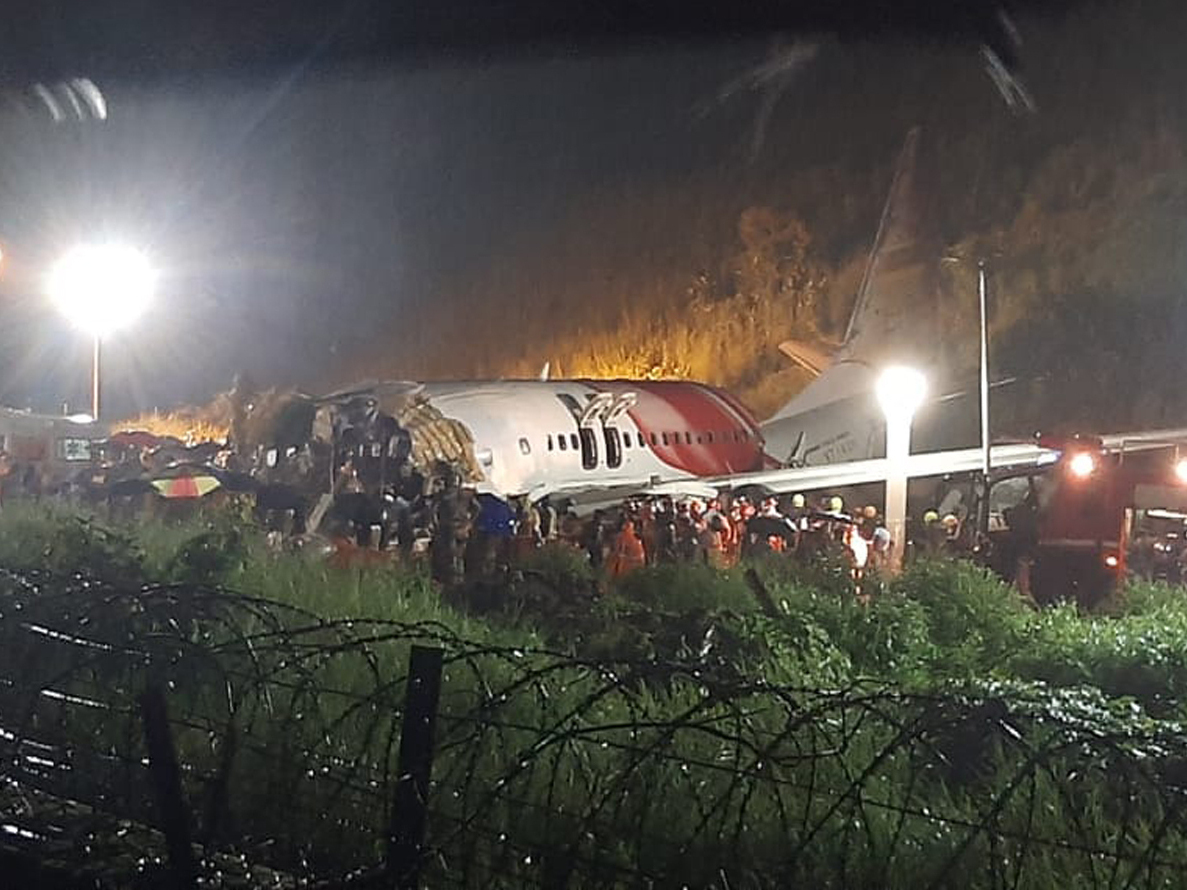 The wreckage of an Air India Express flight after it skidded off a runway Friday night at Kozhikode International Airport in the Indian state of Kerala.

An Air India Express flight overshot its landing in heavy rain Friday night, skidding off a runway and plunging down a 35-foot slope – and cracking the Boeing 737 in two.

At least 17 people died, officials said. The jetliner had 190 people aboard on the flight from Dubai, United Arab Emirates, to Kozhikode in Kerala, a state in southern India.

“I offer my heartfelt condolences to their next of kin & pray for speedy recovery of the injured,” Indian Civil Aviation Minister Hardeep Singh Puri said on Twitter.

“Rescue operations are now complete,” Puri said, adding that the injured had been taken to several city hospitals. He did not specify how many people were hurt.

Flight IX-1344 was carrying 174 adult passengers, 10 infants, four cabin crew members and two pilots — both of whom were among the dead, the airline said.

Kozhikode International Airport – sometimes referred to as either Calicut Airport or Karipur Airport — has only one runway, but the setting is dramatic.

Its runway is on a plateau, with deep gorges on either side – making it difficult to land.

Regular commercial flights to and from India have been halted during the pandemic, but this flight was part of a government program to repatriate Indians stranded abroad. Millions of Indians live and work in the Persian Gulf region.

The crash occurred in the evening — around 7:40 local time. India is in its monsoon season; earlier Friday, heavy rains in Kerala triggered flooding and a landslide, killing at least 15 people.

Made in the USA – APL as a Unique Lifestyle Performance...

All staffing solution for your expanding business | Workex

Greece re-enters lockdown in an effort to save Christmas

Will Smith CURSES OUT 50 Cent in DMs Over Jada Pinkett...