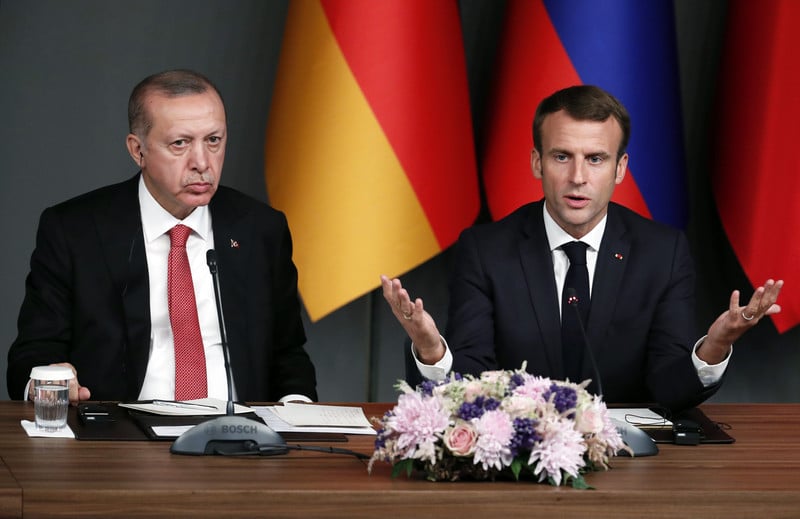 I owe an explanation as to the story “The end of the Erdogan regime is “under construction”. Erdogan regime is in the most difficult period since its election to presidency in 2014 and is coming to an end. Because everything in life has a beginning, a mid and an end and for the Erdogan regime is the end. The one-million-dollar question, however, is what kind of end Erdogan will have and if even he himself knows the answer.

As to the explanation due: Instance divorces triggered by the husband are common all over the Muslim world although in some countries are disallowed by law. They happen, and they happen often, because this is the custom, the tradition.

Families in the Orient are “patriarchist” and the husband have the undisputed rule. Contrarily, in the West, in particular northern Europe, the USA and Canada, family decisions are democratically divided between the couple. Wives take minor decisions such as what school the children will be send to, what house they will buy, whether they will leave with the parents’ in-law in the house, where the family will go for vacation, and like. Husbands take important decisions such as the melting of glacial, if the American President will send more troops in Iraq and if Macron will deploy in the Mediterranean a le Clem class air carrier, or not!

The instant Oriental divorces, common in Muslim countries, are consumed when the husband calls the wife and tells her three times the word “divorce”. In the Middle East, including Turkey, the word “talaq” (which means divorce, is used) while in African countries, for instant divorce the word “muta” is used three times. Literally, “mut’a” means instant marriage, a kind of “offshore” marriage of convenance common among Muslim students.

However, the issue is not if husbands in Anadolu in order to divorce are pronouncing three times the word “talaq” or “muta”. In any case the wife will leave the house at once taking alone with her anything she wares (i.e. gold bracelets), yet it is irrelevant.

What is relevant is that the situation in Turkey is deteriorating day after day and a potentially violent overthrow of the Recep Erdogan regime is a probability which is getting larger. According to independent NGO “Nordic Monitor”, after he underwent a serious surgery a few years ago, he suffers from epilepsy and certain psychological ups and downs which explain his often-controversial behaviour, anger explosions and out of control remarks and unadvised decisions. It was during one of such nervous break-down that yesterday  Erdogan made a public statement saying that the French President Emanuel Macron needs “mental treatment”. As a result, Quai d’Orsay recalled its envoy to Turkey, and this is only the beginning. Will remind you that in 2011 the then French President Nicolas Sarkozy triggered the war against Libya which destroyed that country, for much less, and the President of the French Fifth Republic, (Cinquième République) is the President of France, no matter what his name is.

Another element to consider is that war of the western allies that destroyed Serbia, despite the excuses, was staged for two reasons. At the time Serbia under Slobodan Milocevic had the strongest army in Europe, while it was maintaining and strengthening its relations with Russia. Today Turkey has a strong army directly threatening European Union Territories and is testing Russian missiles S-400 against the explicit prohibition of the USA and NATO.

Sources close to Çankaya, claim that the erratic behaviour of Erdogan, may lead the country into irreversible adventures. Same sources say that high ranking career military, more and more are convinced that only the replacement of the present authoritarian regime with a moderate democracy, with minimum collateral damages, can drive the county in social peace, prosperity and get it closer to Europe and the USA.