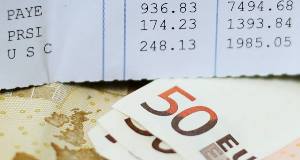 The Irish Fiscal Advisory Council (IFAC) has called for a “substantial multi-year stimulus” to restore demand in the Irish economy.

The group’s pre-budget submission warned that the future of the economy is “exceptionally uncertain” and said that the Government needs to introduce stimulus to make up for the lack of demand and support supply.

While IFAC did not specify the size of a suggested stimulus, it recommended that the Government should use the budget to put a multi-year stimulus package in place.

Meanwhile, Minister for Finance Paschal Donohoe has said that the Government will base Budget 2021 on the assumption of a no-deal Brexit.

Mr Donohoe said “We will base the budget on the assumption of a disorderly Brexit and there will also be no broad increases in income taxation.”

4 dead after riots at US Capitol | USA TODAY

Coronavirus: World must prepare for pandemic, says WHO – BBC News