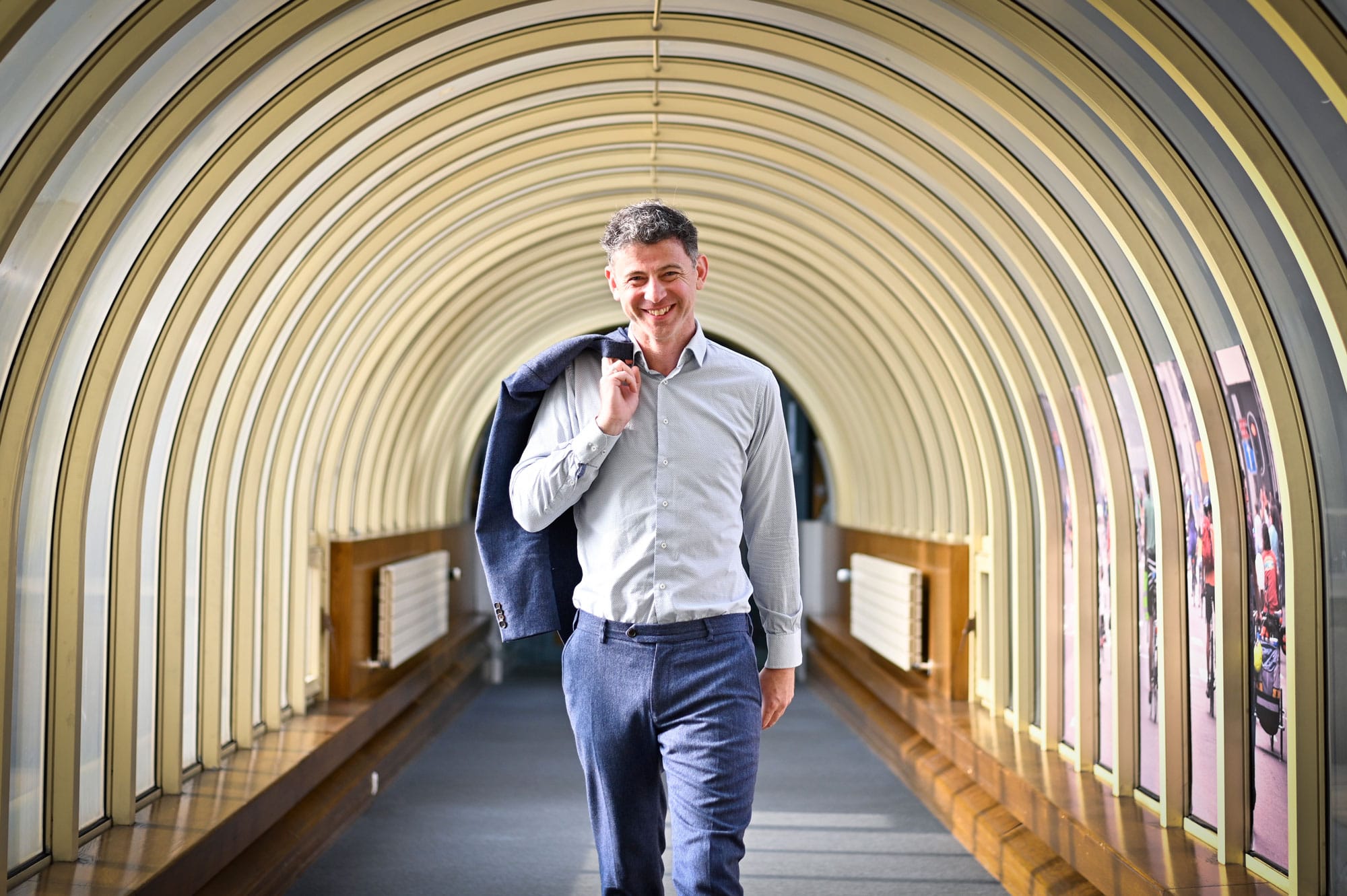 Cillian Lohan, the CEO of Irish Green Economy Foundation, has been elected as vice-president of the European Economic and Social Committee (EESC) for a two-and-a-half year term from October 2020 to March 2023. He will be in charge of Communication.

NEW EUROPE (NE): Mr Lohan could you tell us few words on you and your path until now?

Cillian Lohan (CL): I am the CEO of the Green Economy Foundation in Ireland. The planting of over one million trees in my home country and the establishment of a wildlife reserve in Tobago are among the range of ambitious projects I have overseen.

I have been appointed to the EESC from the environmental sector and I am an active member since January 2014. I will lead the Communications of the EESC following a term as spokesperson of the Environment and Consumers Category in this house. What attracted me to being an active member at the EESC has always been about giving a voice in decision making for those who feel they don’t have a voice, and try to ensure that those perspectives are heard.

The EESC, as a consultative body to the Parliament, Council and Commission brings a unique voice to the table, as the legislative outputs in the opinions perceive all aspects of organised civil society (entrepreneurs, industry, workers, consumers, farmers, environmental groups to name but a few).

NE: What is the EESC’s impact on the EU policy and what are your new priorities?

CL: I will not work alone on this; I will accompany the newly-elected president Christa Schweng (Austria), member of the Employers’ Group, at the helm of the EESC, together with vice-president Giulia Barbucci (Italy), member of the Workers’ Group, who will be in charge of the budget.

Balancing the three of them is something that can only be achieved through consensus building. Like nowhere else that I know, that is what the EESC does best. It brings together hugely diverse groups of people, sets of interests and priorities, and somehow, which always amazes me, we can come together to design solutions that critically are implementable opportunities. It is this power that brings weight to our opinions. I have seen it with our opinion on the Reflection Paper on a Sustainable Europe, referenced in Council conclusions, and I have seen it in colleague’s work influencing positions adopted at the European Parliament.

However, the work of the EESC is not just about giving opinions, it is also about connecting back to the stakeholders, facilitating them the structures to access decision making. To give a very practical example, the EESC embraced the Youth engagement on climate, bringing the message from the streets into the heart of the Institutions – putting the participation back into participatory democracy.

Another example of the impact of the EESC work is The European Circular Economy Stakeholder Platform, a partnership with the European Commission, which I helped to establish. This project has become, even beyond Europe, the “go to space” for how to work with stakeholders, in order to design Circular Economy and how to implement it.

Our outputs need to reach the EU institutions loudly and clearly. And we will reach out in the other direction also – to our home networks, in an iterative process that helps us design those implementable solutions on the ground. Amplifying these outputs will be my priority as vice-president for Communication.

NE: Mr Lohan, what sort of added value are you bringing to the EU institutions environment?

CL: If the EESC didn’t exist we would have to invent it. The EU needs more inclusivity, more transparency, more voices being heard. Take me for example as a typical member. I come from a small NGO working out of one office in the middle of a forest in West Cork in Ireland.

We work on a shoestring budget to try bring sustainability to all types of policies and programs. We are active in our communities and do practical projects where we get our hands dirty – literally in the case of our tree planting projects.

The EESC allows us, and the communities we represent, have a voice in the huge EU structures. Many of our members come from networks that would otherwise not have the resources to be able to be part of consultation processes. Inclusivity, understanding the voices of communities and sectors, enabling diverse interest groups (as I mentioned earlier) to come together and create, through consensus and understanding viable solutions.

That is what we are designed to do, and that is what happens within these walls.

There is a separate issue below that – about a need to be constantly self-critical and examining how we can achieve what we were established to do, and achieve it better.

That work has started, and now with this new leadership, will advance at pace. Every organisation should be open to reasonable criticism and should be always looking to evolve.

And we have been the target of this.

We stay focussed on the work, on representation, and on constantly improving so that we can be proud of the work we do here at EESC.

There are those who want to disconnect the institutions from the citizens. We won’t allow that to happen.

Business Casual – Lean On Me

RNC 2020: Donald J. Trump accepts the Republican nomination for a...

Ryan pretend play catching and learning about Bugs with 1 hr...