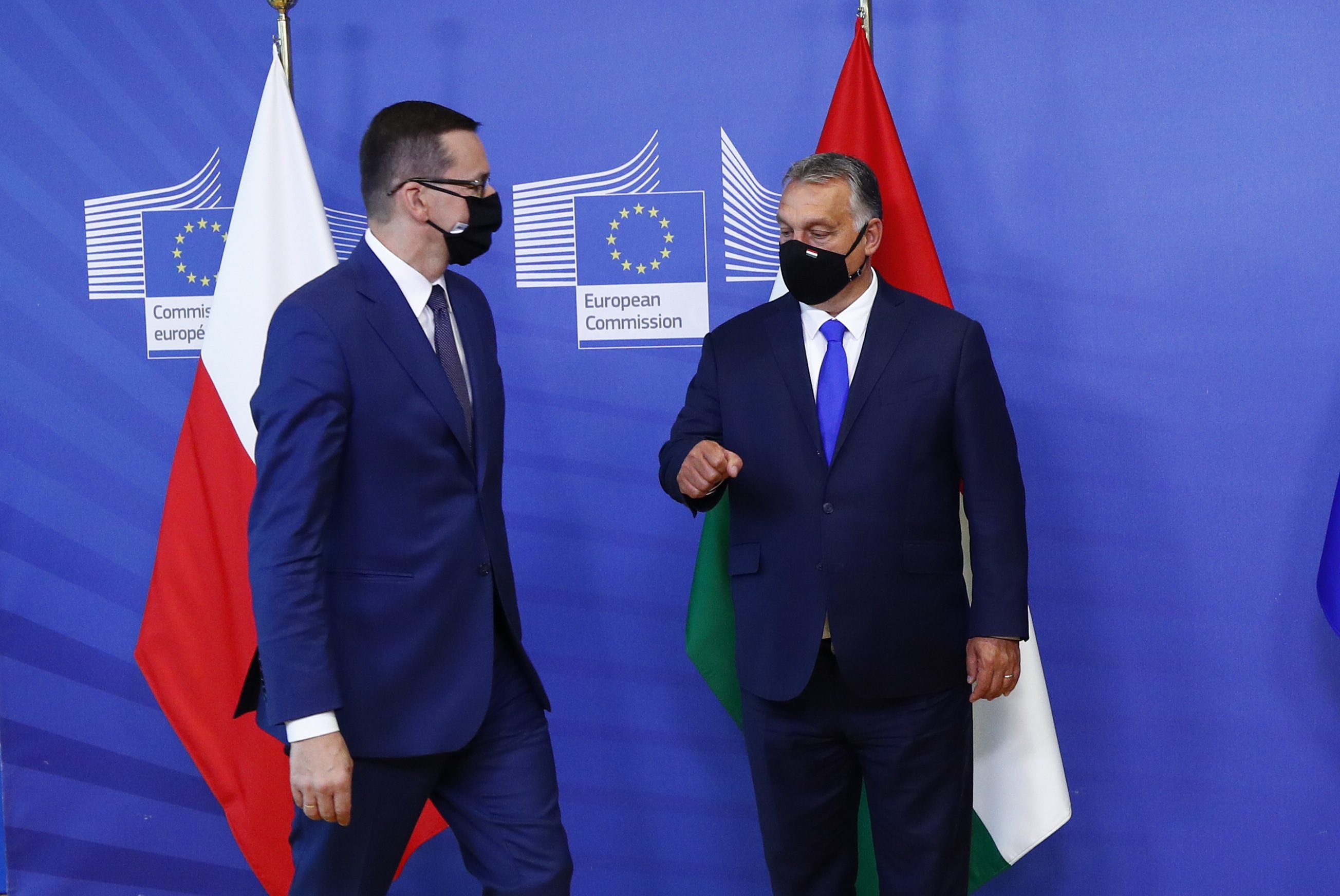 Hungary and Poland on Monday blocked the adoption of the EU’s long-term budget and recovery fund, totalling €1.81 trillion, over a clause which makes access to EU funds conditional to respect for the rule of law.

During the bloc’s 27 ambassadors’ meeting (COREPER), the two countries used their political veto to adopt the so-called Own Resources Decision, in a move that is expected to further delay the disbursement of EU money, which was set to start flowing in mid-2021.

“EU Ambassadors could not reach the necessary unanimity for initiating the written procedure due to reservations expressed by two member states,” Sebastian Fischer, a spokesman for the German presidency of the Council of the EU wrote in a Twitter post. He stressed, however, that the two member states had not objected “to the substance” of the Multiannual Financial Framework (MFF) for 2021-2027 agreement.

“We are awaiting new proposals that will be coherent with EU treaties and secondly, will be in line with the conclusions of the European Council (decisions) from July, when the EU budget was agreed,” Muller said.

The German EU Council Presidency said it was confident a deal would be reached soon, while prior to an European Affairs Ministers’ meeting, Germany’s Michel Roth urged member states to put divergences aside, as the socio-economic consequences of the pandemic remain a top priority for the country’s six-month rotating presidency.

“There is so much money involved which so many countries in the European Union need and are waiting for, that we not only need a solution but we need it quickly,” Germany’s Foreign Minister Heiko Maas had said earlier in the day, adding that he is confident the EU will make it.

On Tuesday, Europe’s Affairs Ministers are discussing the EU budget situation with the Commissioner for Budget and Administration, Johannes Hahn, during the General Affairs Council (GAC).

“We are within touching distance of a historic agreement,” Hahn tweeted, after presenting to the GAC the compromise for the bloc’s almost €1.1 trillion long-term budget and the €750 billion recovery fund.

Together with @EU2020DE, I have just presented to the #GAC the #MFF/#NGEU compromise. We are within touching distance of a historic agreement. Once adopted the package of a 1,8 trillion EUR will be the largest package ever financed through the #EUbudget. 1/4 pic.twitter.com/r5s2mpq2K0

Greater use of local products good thing to emerge from North’s...

Power, politics and the pandemic: The Sino-American media divide | The...

New challenges for an information society