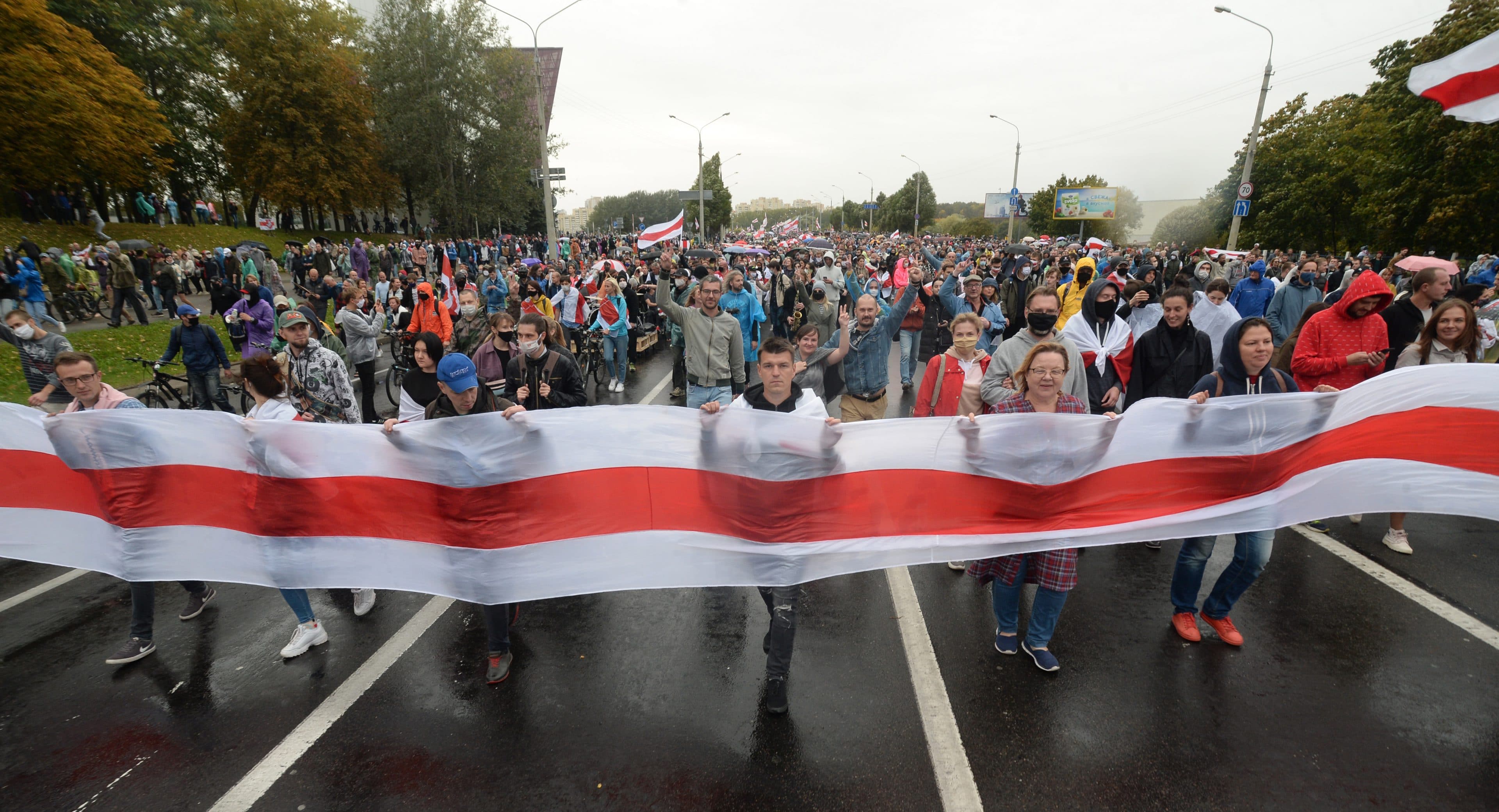 Belarusian police on Sunday detained about 200 people and fired tear gas as around 100,000 protesters marched for the 50th consecutive day to demand president Alexander Lukashenko quit.

Belarus has been rocked by seven weeks of protests after Lukashenko, who has led the country since 1994, won a landslide victory in the August 9 election. The vote was denounced by EU and US officials, and forced Lukashenko to look to Moscow for support.

Protesters chanted “impostor” and “Sveta is our president” as they marched through Minsk and other cities decked out in red-and-white opposition colours.

Sunday’s rally came days after Lukashenko held a secret swearing-in ceremony for his sixth term in office, drawing condemnation from the EU, US and Britain.

Turkey is playing with fire in the Eastern Mediterranean

McCarthy on impeachment: This isn't politics, this is a nightmare