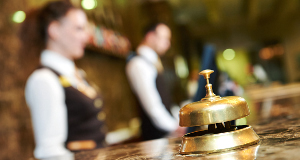 Hoteliers are calling on the Government for more clarity as occupancy are foretasted to be down to 25 per cent for autumn.

The government announced on Tuesday that a Roadmap for Resilience and Recovery will be published next month on September 13th.

It is still unclear what measures will be put in place for the hospitality sector, as so far regarding the road map the Government has said:

“This will map how we balance public health, economic and social aspects of living with COVID-19 in the short to medium term and try to bring some greater certainty so that society and business can at least plan forward.”

The latest figures for the hotel and guesthouse sector show that occupancy levels reached 42 per cent for July and 49 per cent for August.

This compares to an average of 90 per cent last year. Meanwhile, hotels are reporting average occupancy levels of 23 per cent for September and 17 per cent for October based on current bookings.

Elaina Fitzgerald Kane, president of the Irish Hotels Federation (IHF), states that public health goes hand in hand with ensuring a viable economy when this pandemic has passed.

However, Ms Fitzgerald Kane is confident that tourism can recover. “Ireland still has enormous potential as a tourism destination. But, we are at a critical juncture.

She said that with ongoing restrictions, the Government must provide more sector specific supports to safeguard the livelihoods the 270,000 who were employed pre-Covid.

“Tourism also created some 90,000 new jobs following the financial crisis, demonstrating our industry’s ability to rebound given the right supports,” she said.

She also said there needs to be long term planning from the Government:

“The supports announced so far, including those contained in the July stimulus, are all welcome but they only offer short-term fixes and particularly against the backdrop of ongoing public health restrictions.

“People who are healthy could be tested before travelling and provide verification that they do not pose a risk.”