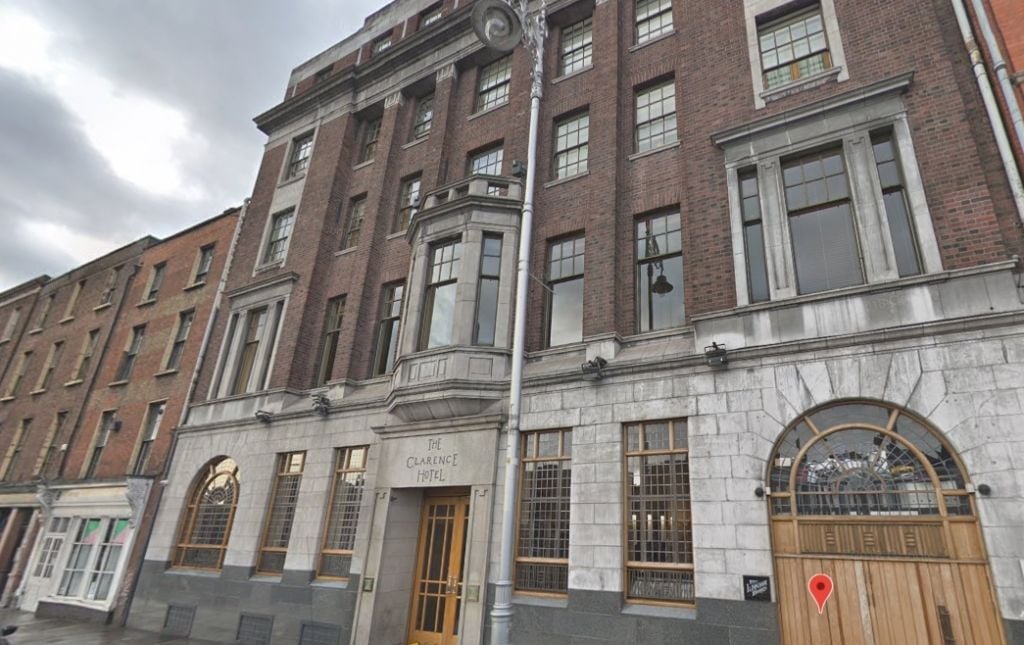 The operators of Dublin’s Clarence Hotel claim that because one of the consequences of the Covid-19 virus is acute encephalitis – inflammation of the brain – they are covered for lockdown losses under its insurance policy for business interruption, the Commercial Court heard.

Brushfield Ltd, trading as the Clarence Hotel, says it is entitled to be compensated for losses due to the lockdowns under its “Enterprise” insurance policy with AXA.

It is suing the insurance company and the agent who provided the policy, Arachas Corporate Brokers Ltd.

The defendants deny the claims and a counter-claimed is being made seeking declarations including that Brushfield’s losses are not covered.

Brushfield’s parent company is the Press Up hospitality group which operates a number of hostelries and entertainment outlets. It employed 1,700 people when the lockdowns started.

Opening what he said was a significant test case, Jim O’Callaghan SC, for Brushfield, said one of the objectives of this action was to achieve as much clarity as possible in relation to the interpretation of the terms of the policy and whether a valid claim can be made. The policy covers the hotel and its Octagon Bar.

Mr O’Callaghan said it was their case that the insurance cover for loss was triggered where access to the Clarence was restricted or hindered for more than 24 hours by the actions of the gardai or a statutory body.

The restrictions were first imposed on March 15 last when the then Taoiseach told bars to close. While AXA said this announcement did not have any legal authority at that stage this argument was “detached from reality”, counsel said.

A UK Supreme Court judgment last week on business interruption insurance found that any reasonable understanding by a similar announcement by the British Prime Minister on March 20th that certain businesses should close was a clear instruction that could be reasonably understood without inquiring into it, counsel said.

The court should be satisfied that the actions of the gardai did restrict or hinder access to the hotel and that the HSE and Hiqua, as members of the National Public Health Emergency Team (NPHET), satisfied the policy requirement in relation to statutory authorities.

That action, the policy states, must be in response to a disturbance or danger within a one-mile radius of the premises. The danger here was the spread of an infectious disease all over the country, he said.

It has been shown that this condition is caused by the Covid-19 virus. The question had to be asked was why was acute encephalitis there and the only coherent explanation was that it is a known complication or consequence of an infectious disease, counsel said.

His side would seek to prove in the second module of the trial that if someone suffered from encephalitis as a result of contracting Covid within 25 miles of the premises then the policyholder is covered, he said.

Mr O’Callaghan also said that when it comes to insurance policies, they should be drafted so they are understandable not just by lawyers but to a reasonable person who has all the background knowledge in relation to the policy.

The policy must be interpreted with reasonable latitude and where there is ambiguity, it should be read against the drafter and has to be viewed through the time that it was taken out, in this case 2019, he said.

Boost your preparation in Higher Education for UGC NET | Gradeup...

MSVS trucks complete their first year in service in the Canadian...