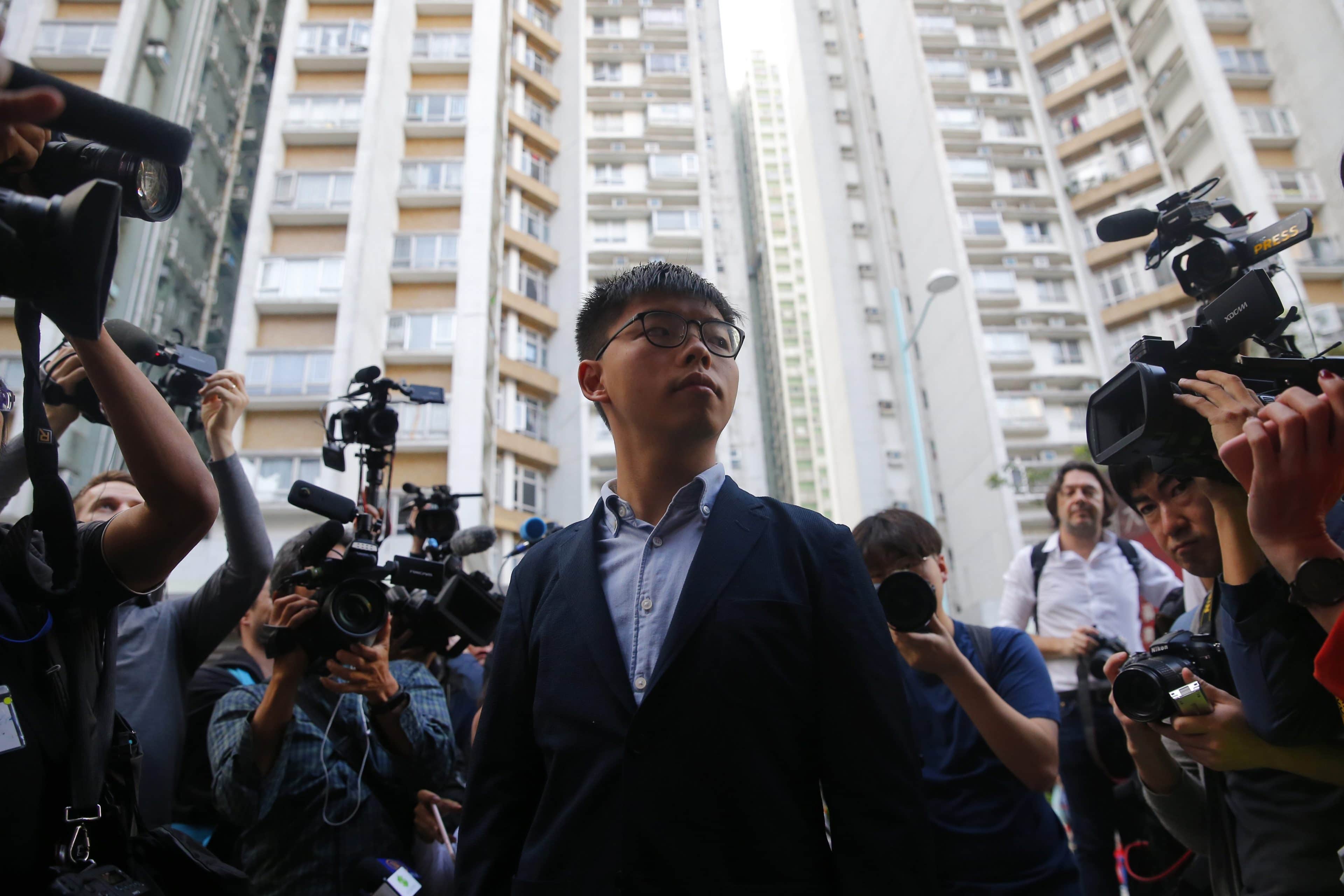 Wong became the face of the 2014 student-led Umbrella Movement democracy protests. Other activists are also facing unlawful assembly charges or suspected offences related to last year’s protests, which prompted Beijing to impose a controversial national security law in June. The law aims to tackle secession, subversion, terrorism and collusion with foreign forces, with punishments of up to life in prison.

Hong Kong police confirmed they arrested two men on Thursday for illegal assembly on October 5, 2019. An anti-mask law was introduced last year to help police identify the pro-democracy protesters, but in the meantime, the city has made face masks mandatory due to the coronavirus pandemic.

“I am deeply concerned about the arrest of Joshua Wong, another example of HK authorities targeting activists. Chinese and HK authorities must respect the rights and freedoms of the people of Hong Kong, as protected in the Joint Declaration”, Britain’s foreign secretary Dominic Raab tweeted.

Britain administered Hong Kong until a 1997 handover to China. In July, it suspended its extradition treaty and blocked arms sales with Hong Kong. It has also offered residency rights to three million Hong Kongers.

Nathan Law, another one of Hong Kong’s most prominent democracy activists, in July fled overseas after the Chinese government imposed the security law on the city. He is currently in the UK.

The arrest of Wong comes 6 weeks after media tycoon Jimmy Lai was detained on suspicion of colluding with foreign forces.

Germany, the best or worst-case scenario

I Spent 24 HOURS in BUSINESS CLASS

Where do you fit on the US political spectrum? – BBC...