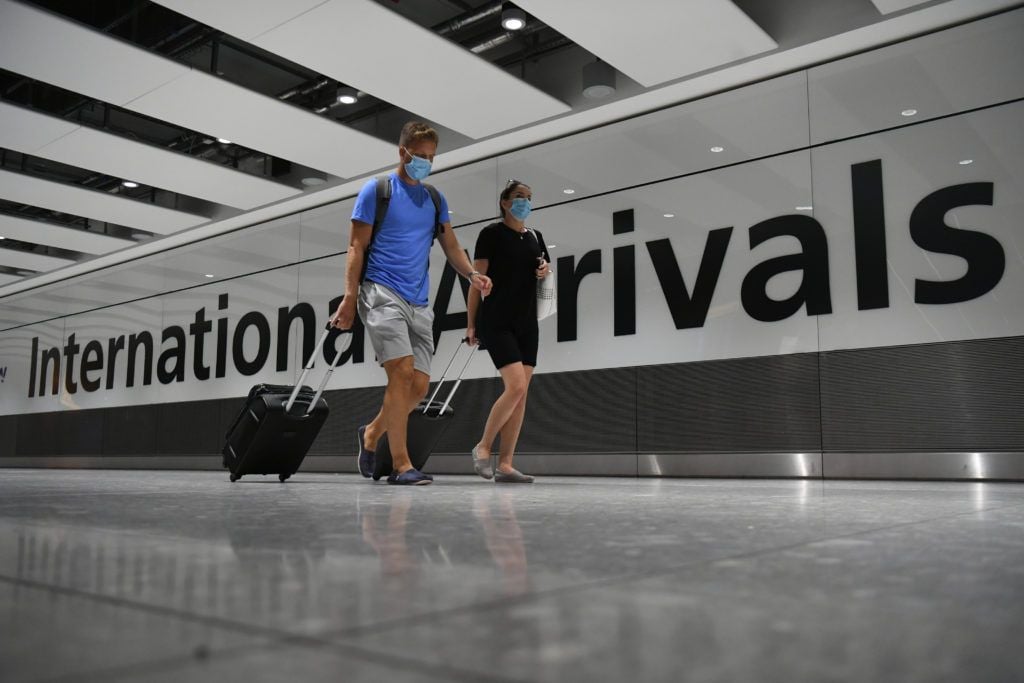 Some 19 million passengers travelled through Heathrow in the first nine months of the year, compared with 19.3 million who used the airport in the French capital.

Heathrow warned that Amsterdam Schiphol and Frankfurt are “close behind”, noting that coronavirus testing regimes have been implemented at all three “continental rivals”.

Heathrow recorded a loss of £1.5 billion (€1.66) billion in the first nine months of the year.

Passenger numbers between July and September were down by more than 84 per cent compared with the same period in 2019.

Third-quarter revenue fell by 72 per cent year-on-year to £239 million, while earnings before tax and interest dropped to £37 million.

Heathrow chief executive John Holland-Kaye said: “Britain is falling behind because we’ve been too slow to embrace passenger testing.

“European leaders acted quicker and now their economies are reaping the benefits.

“Paris has overtaken Heathrow as Europe’s largest airport for the first time ever, and Frankfurt and Amsterdam are quickly gaining ground.

“Bringing in pre-departure Covid tests and partnering with our US allies to open a pilot air bridge to America will kick-start our economic recovery and put the UK back ahead of our European rivals.”

AT RISK OF COLLAPSE: almost 200 European airports are facing insolvency.

With them, 277K jobs will be lost and billions of euros in GDP. More gov’t support & travel coordination urgently needed.

Earlier this month, England’s transport secretary Grant Shapps launched a taskforce to develop methods of reducing the 14-day self-isolation period for people arriving in the UK from non-exempt locations.

He said the UK government is considering a “test and release regime” which would still involve a quarantine period of at least a week.

Heathrow insisted its finances “remain robust”, with £4.5 billion of liquidity.

It said its cash reserves are “sufficient for the next 12 months even under an extreme scenario with no revenue”.

Airlines call for Covid-19 tests before all intern…

Industry body ACI Europe warned on Tuesday that nearly 200 airports across the continent face insolvency in the coming months unless demand for air travel starts to recover by the end of the year.

Heathrow said it is “extremely disappointed” with the Civil Aviation Authority’s (CAA) decision to refuse to approve its plan to raise fees, which would enable it to “recover excess losses incurred during 2020-2021 over an extended period of time”.

It declared it will “respond robustly” to the regulator’s request for further evidence.

Ginuwine – None Of Ur Friends Business

Judgment sought on default loan that’s accruing interest of €4,201 a...