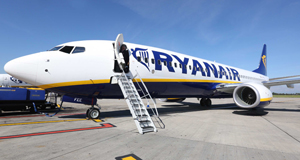 The Government has said that its Covid-19 travel policy will not be dictated by Ryanair after the company threatened closures over current restrictions.

The airline has threatened to close its bases in Cork and Shannon for the winter this month, if the State does not adopt new measures proposed by the European Union to reduce travel restrictions.

Ryanair notified Minister for Transport Eamon Ryan yesterday afternoon that the closures will take place from October 26th if the Government does not fall in line with EU travel guidance from October 13th.

The EU system will see regions or countries colour-coded depending on the level of the virus circulating there, with testing favoured over quarantine and blanket travel bans.

Limerick Minister of State Niall Collins has said that Ryanair will not force the Government’s hand after the threatened closures.

“Ryanair won’t force the Government in relation to this. Ryanair are one of the stakeholders, we have other airlines to consider and we have airports to consider,” he said.

“It’s under active consideration by Government, it’s a high priority, our international connectivity is vital as an island nation and island economy and the Government is acutely aware of this.”

Mr Collins said the Government would consider travel policy as a priority: “The EU travel list will take shape in time and our connectivity to Europe is vital and I think the Government will recognise this as part of its consideration of the aviation recovery taskforce report which is before Government at the moment.

“This is a priority for Government, and it will be dealt with in the medium to long-term.”

Several mayors want EU help to crack down on Airbnb

How to drive growth through customer support