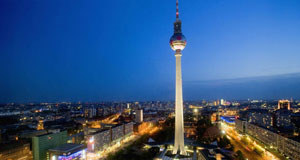 Germany expects its debt servicing costs to more than halve this year and reach their lowest level despite the government’s decision to take on record new borrowing in the COVID-19 pandemic, according to officials.

The lower-than-expected borrowing costs, partly enabled by the European Central Bank’s loose monetary policy, could create a windfall of several billion euros which would reduce the pressure to cut spending once the coronavirus is contained. Chancellor Angela Merkel and Finance Minister Olaf Scholz have since March unleashed an unprecedented array of rescue and stimulus measures to help Europe’s largest economy recover as quickly as possible from the coronavirus shock.

The German parliament has temporarily suspended the constitutionally enshrined debt limits to allow the government finance its measures with net new borrowing of 218 billion euros this year and additional 96 billion euros next year. The finance ministry so far has earmarked €9.6 billion for debt servicing in its 2020 budget which already marks a drop from some €12 billion in the previous year. But the ECB’s bond-buying programmes and worldwide demand for safe-haven bonds mean that the government now even expects to pay only €5 billion to €6 billion, a senior official told Reuters on condition of anonymity.

Another official said Germany’s debt servicing costs stood at €6.8 billion as per end-August, but negative yields were likely to push the overall amount below €6 billion until the end of the year – and to possibly even lower levels beyond. A finance ministry spokesman declined to comment. In its draft 2021 budget, the ministry has so far earmarked €9.8 billion for debt servicing. As German debt is in such demand that yields have turned negative, even for long-term bonds, finance ministry officials now say, only half joking, that it is actually just a matter of time before the government is not paying for its debt servicing, but actually making money out of it.

The Boss Baby: Back In Business | Family Chaos | Boomerang...

Latest Huawei smartphones could be ‘last hurrah’ in Europe for Chinese...

Pandemic unemployment payment could be extended for a year, Taoiseach says