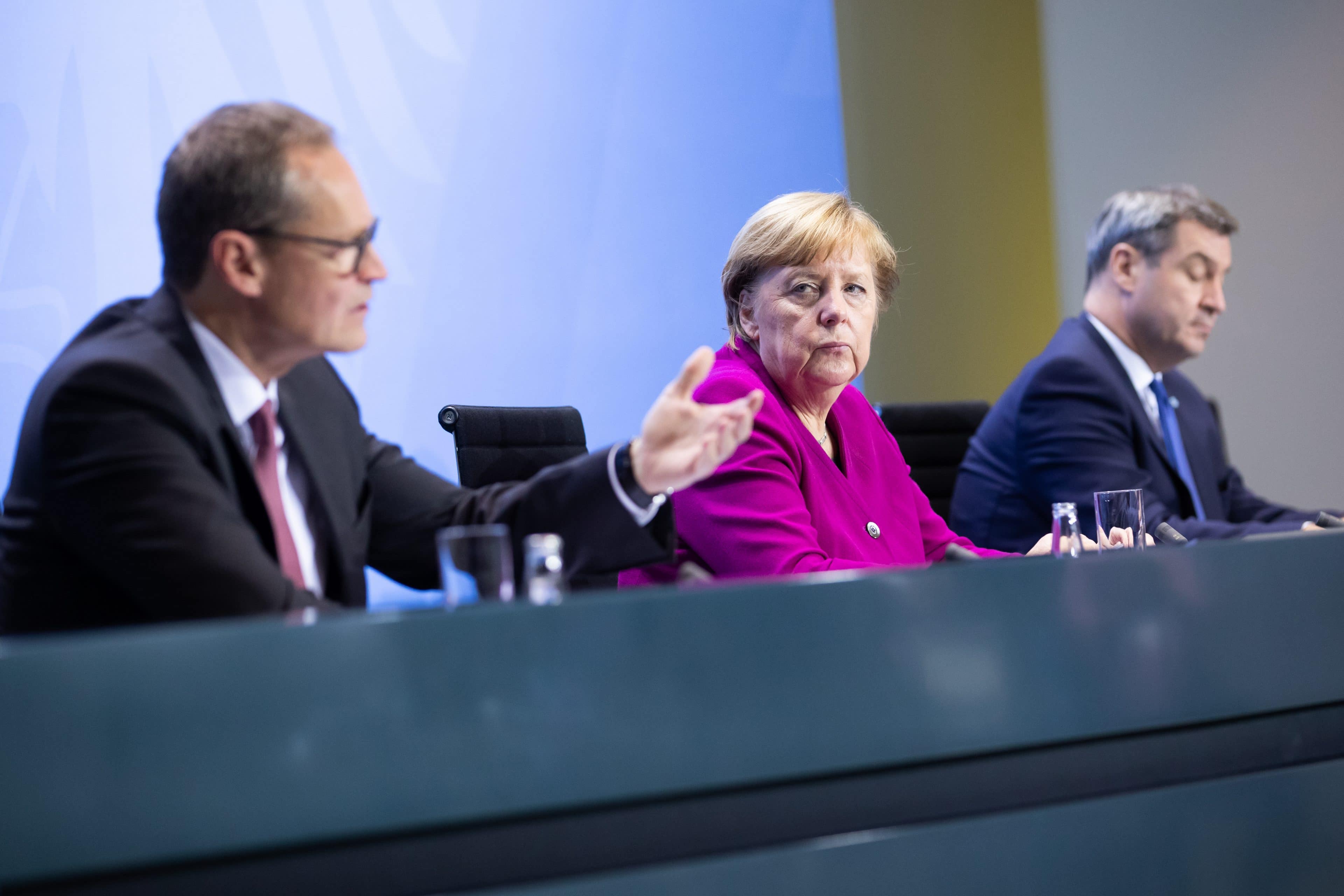 Germany on Wednesday announced tougher restrictions in an effort to combat a rise in coronavirus infections.

Chancellor Angela Merkel and the premiers of the country’s federal states agreed on limiting private gatherings to 15 attendees and a curfew for bars and restaurants from 11 pm in areas with a weekly rate of more than 35 new cases per 100,000 inhabitants.

“We have decided on this prophylactic number of 35 because we have seen some examples of how fast the increase happens from 35 to 50”, Merkel said. She also called “especially on young people to do without a few parties now in order to have a good life tomorrow”.

“We are much closer to a second lockdown than we want to believe”, said Markus Soder, the state premier of Bavaria.

On Friday, Germany reported a record 7,334 new cases. In the latest update, the country recorded 24 new deaths from the coronavirus, taking its total death toll to 9,734.

As of Thursday, 655 COVID-19 patients were receiving treatment in intensive care units, and 329 were on ventilators.

Super Bowl ads: U.S. politics getting in the game this year